It is halftime at Madison Square Garden in New York City. The team races to center court in their royal blue and white uniforms and stand, legs slightly apart, on the Knicks tricolor logo. In unison they slowly raise their arms. The action is not moments away from a tipoff against two players from opposite sides, but the beginning of a spectacle from the New York Knicks City Dancers. Suddenly, a thumping sound of loud music echoes throughout the arena, and several shapely bodies twist and move to the beat. The crowd cheers and with their cell phones they video tape this perfectly choreographed performance. It is one of the few highlights of the evening especially because it has been another dismal season for the franchise.

The Knicks City Dancers are a talented group that consists of twenty women. Sixteen perform at every home game while the rest are backup in the event of an injury or a prior commitment that one of the girls may have. One of the Knicks City Dancers is a dark haired, blue-eyed Italian-American girl named Andrea. The olive-skinned, twenty-four-year- old dancer (whose last name is being withheld because KCD’s policy typically is to maintain privacy for the girls during media opportunities) spent some time with me to talk about her family and cultural background.

As we chatted and I listened to Andrea talk about her Italian-American heritage and dancing career, I immediately sensed a very strong and self-confident young woman. When I shared my impression to her, she responded, “Well, I grew up with two very strong Italian women in the house, my mother and my grandmother, who moved in with us when I was four years old.”

Andrea was born and raised in Pittsgrove, NJ to parents whose ethnic backgrounds were Italian and German on her father’s side. Influenced by an older cousin, Andrea started to dance at three years of age. Her mother enrolled Andrea in the Adams Dance Academy in Pittsgrove. At an early age she entered dance competitions and learned a variety of dance styles. In high school she served as the captain of her cheerleading squad and later joined the nationally ranked Rutgers University Dance Team.

While attending Rutgers University she majored in psychology with a minor in women’s studies. Many of the Knicks City Dancers have college degrees in a wide range of studies. I was curious to learn more about her interest in women’s studies and wondered if there was a connection to her maternal grandmother’s strong presence.

“Yes, I am very passionate about women’s studies because my grandmother was probably the greatest driving force in my life before she passed away in 2014.” Andrea’s grandmother had been born in Marcellinara, a town in Calabria, and grew up during World War II. Her nonna’s family was poor and had no running water in their house.

Like most young girls growing up in southern Italy, she had little education and was responsible for the household chores along with raising her siblings. Andrea continued to explain her interest in women’s studies, “Everything that my grandmother went through, made me decide that I wanted to study, in her honor, the empowerment of women and their history.” Her nonna was an integral part of the family and she as well as her husband passed on their Italian traditions to Andrea’s mother and siblings.

Her grandmother became a widow before the future Knicks City Dancer was born. She explained “Unfortunately I never had the privilege to meet and spend time with my grandfather who was from Messina, Sicily.” From her voice I knew she was excited to tell me how her grandparents had met. She prefaced the story by saying “It was the typical Romeo and Juliet story. My grandfather was drafted into the Italian army in 1936. In May of 1942 he was marching through the streets of my grandmother’s town, when he looked up and saw a beautiful girl standing on the balcony.

He tipped his hat to her and continued with his march until later that night or that week; he sent a message to her father asking permission to court her. Her father granted the permission so he was able to meet her in the presence of her family.” After a brief separation because he was still in the service, the two were reunited and married on November 9, 1946. The love story continued when the couple decided to move to America.

Following several years of a stagnant economy and a collapsed infrastructure, post-War Italy led many young couples, like Andrea’s grandparents, to leave their homeland. In 1954 along with their three children (they later had four more in America, including Andrea’s mom) her grandparents journeyed to the United States and disembarked at Ellis Island. She enthusiastically shared an interesting story when her grandparents arrived at the processing station.

“My grandfather had a big trunk filled with Italian meats and cheeses because he thought they would need food…of course the guards confiscated it and probably indulged in the food themselves.” The story was typical of Italian immigrants not knowing what to expect in this new land and it symbolized in some ways how immigrants yearn to hold on to their traditions.

Another cultural tradition that Andrea proudly mentioned in our interview was her grandmother and mother’s culinary expertise. “My mother and grandmother cooked every night of the week and there was always extra food on the table just in case somebody stopped by.” She also fondly recalled “When we had pasta they made sauce from scratch and every August, when I was younger, my family would get together and boil tomatoes and later they jarred the tomatoes for the winter.”

From her close Italian-American family, Andrea learned core values that have taught her gratitude, determination, generosity and hard work. I would also add perseverance, especially when she told me that in 2014 she did not make it past the second round of auditions for the Knicks City Dancers. Instead of giving up she practiced even harder, since she most likely heard her grandmother’s voice in her mind. Sure enough the following year Andrea made the team and is now one of the veterans.

The well-spoken NY Knicks City Dancer and model “made her television debut in 2013 when she was featured in Nike’s Winter Wonderland commercial” and attributes her success to her grandparents. “My grandparents had a simple dream of providing their children with just the basic necessities and opportunities. They uprooted their entire lives and sacrificed a great deal for us. So my dream of being a professional dancer and a New York Knicks City Dancer is possible because of all the sacrifice that they made.” Young girls of any ethnicity, race or religion should use Andrea’s story as an example to pursue their dreams and hopefully they too will have strong women to guide them in the process. 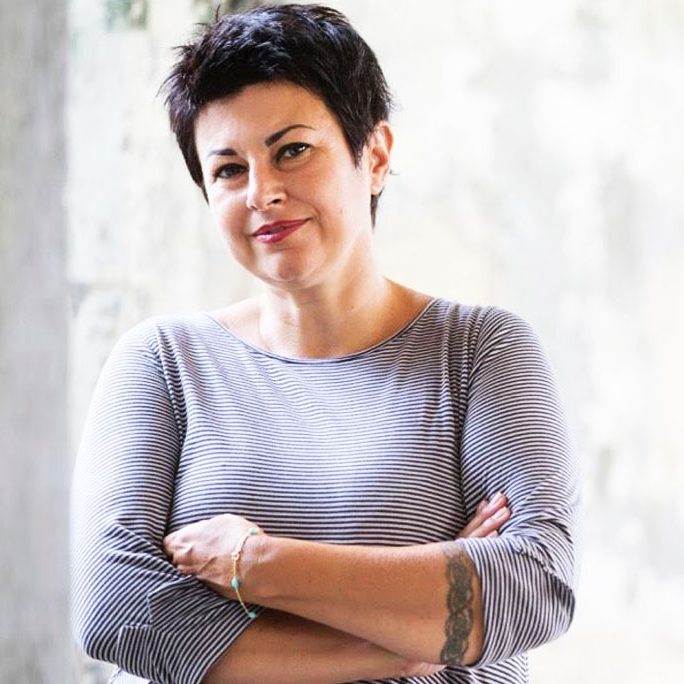 Little Italy Street Art Project: Enlivening the Streets of a Historic Neighborhood, One Mural at a Time 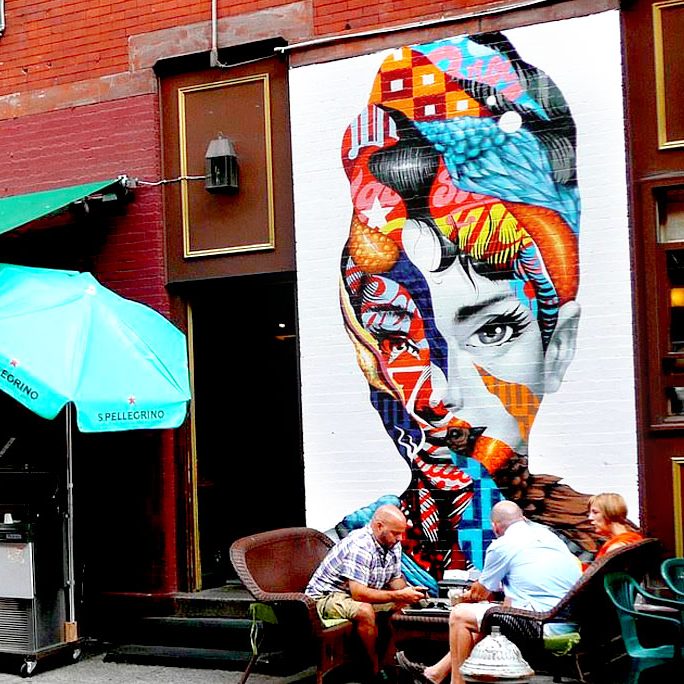