I had heard of Wolf Meadow Farm and Luca Mignogna when I was writing Great Italian American Food in New England. About two hours north of my home on Cape Cod, Luca makes and sells handcrafted, totally authentic, good Italian artisan cheese. Since cheese like this is so hard to find on Cape, my trips to Wolf Meadow was well worth the time and effort. In talking with Luca, I uncovered, why his cheeses are so sought-after and special. Luca and his artisan cheeses are the real thing!

Luca grew up on a farm in Campobasso, the capital of Molise, Italy, in the middle of the Apennines. There he learned to make cheese in an age-old, sustainable fashion. In 2003 he moved to California and became involved with running two restaurants. As he grew more interested in organic foods, he bought some raw milk and made farmer’s cheese, and then mozzarella. His artisan cheeses became popular in the restaurant. “I was spending more time doing cheese than actually being at the restaurant,” he said.

In 2008, when his father died, the 18-hour trip to Italy seemed too long to continue his California business. So Luca moved to the Boston area and began hunting for a place to make his cheeses. After a long search, he ended up in the
small town of Amesbury, Massachusetts. “I was really happy when I found this location,” he said. Luca’s Wolf Meadow Farm obtains all of
its milk from the Artichoke Dairy in West Newbury, Massachusetts and from this, according to the season, Luca creates traditional southern Italian farm cheeses such as ricotta, caciocavallo, scamorza, amongst others.

Luca sometimes drives out to the Dairy to get fresh, unpasteurized milk straight from a cow at 3 a.m. While there, he visits with the cows—his “ladies.”

“Those are beautiful creatures. They do better if you actually work with them,” Luca said. He claims he is building a relationship with the cows. “I know that they know that I do something with the milk. I don’t think they have a clear idea with cheese making, but they know that I’m using the milk. I say, ‘Thank you, ladies,’ every time I get the milk.”

When I inquired if he learned this perspective in Italy, growing up on the family farm, he explained, “When you’re coming from a generation of farmers, you grow with the habit of treating the animals well, because your father does, because your grandfather does, because your great-grandfather does.” He continued, “We grew with those animals, and we understood that they were part of the family because they were feeding the family—with eggs, with meat, with everything.” He went on to say, “We had chickens next door and they would come in from a hole in the wall and go to the fireplace where bread was cut and clean up everything. There were pigs everywhere because that was part of the culture. We did not have a lot of industries and we didn’t have a lot of technologies; we were farmers, technically. When I was born we lived in a fairly small house with my mother, father grandparents my grandmother’s sister, her husband and three kids. It was a tight knit family living in a fairly small place but we managed.”

While Luca has enjoyed success here in America with his artisan cheeses, ironically, Italy, Luca told me, the old cheese making traditions are dying because they are too labor-intensive. Luca explained that, a machine can now be used to stretch the Caciocavallo cheese, but he believes in the old method, fatto a mano, or made by hand. Although Luca owns two of the machines to stretch and ball cheese, he doesn’t use them, partly because “they don’t have the ability to love.”

If you would like to learn more about making authentic Italian cheese, or take a class from Luca himself, head to:

“For the holidays, I developed this recipe with the ricotta form Luca Mignogna’s Wolf Meadow Farm. It is a perfect combination of Italian ricotta with cranberries from the bogs where I live on Cape Cod. It is a take on the typical Cranberry Relish usually served with poultry.”

• Put biscotti in a food processor and process into crumbs. Place in a small bowl and pour in melted butter until mixture holds together.

Set rack in the middle of the oven and preheat oven to 325 degrees F (150 degrees C). Generously butter a 9-inch spring form pan.

Pack the crumbs mixture on the bottom of the pan to form the crust.

Place the ricotta and cream cheese in a large mixing bowl, and mix until smooth with an electric hand miner. Add the sugar, flour and salt, continue beating the mixture until well combined. Beat in the eggs 1 at a time mixing well. With a rubber spatula stir in the lemon extract, zest, vanilla, and orange peel, until thoroughly mixed. Pour batter into the prepared pan and place in the center of the oven and bake for about 1 1/4 to 1 1/2 hours, until top is a light golden color. To test for doneness, insert a knife in the center, if it comes out clean it is done. The center should be fairly firm.

Cool on a wire rack. It will sink slightly as it cools. Cover, and chill till serving time.

Place all ingredients except pecans in a small sauce pan. Bring to a boil and simmer for about 8 to 10 minutes until sugar dissolves. Remove from heat, cool before using.

Cover top of cheese cake with the cranberry mixture before serving and sprinkle with the pecans. 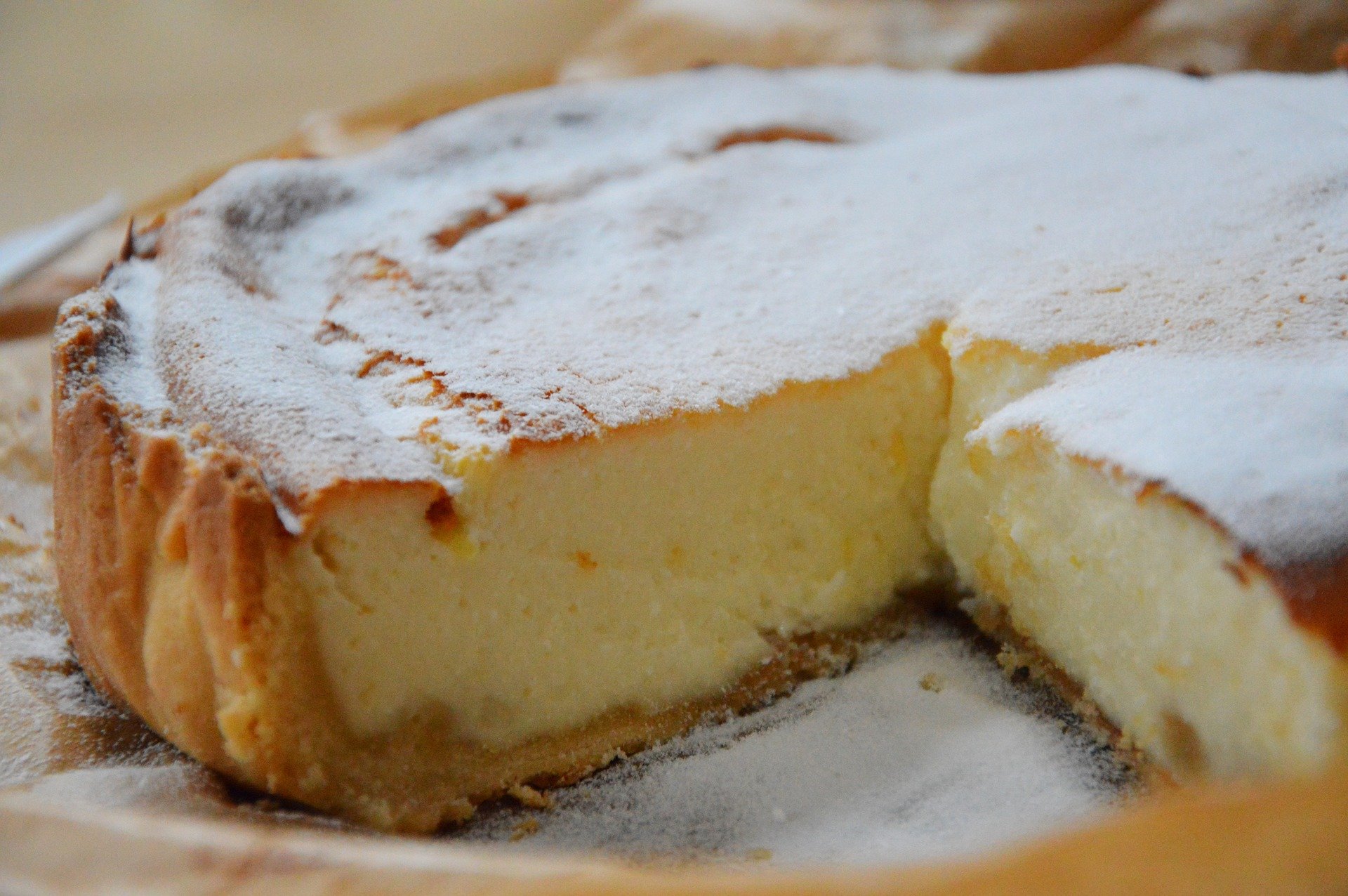 Food
The Story of an Italian Artisan Cheese Maker 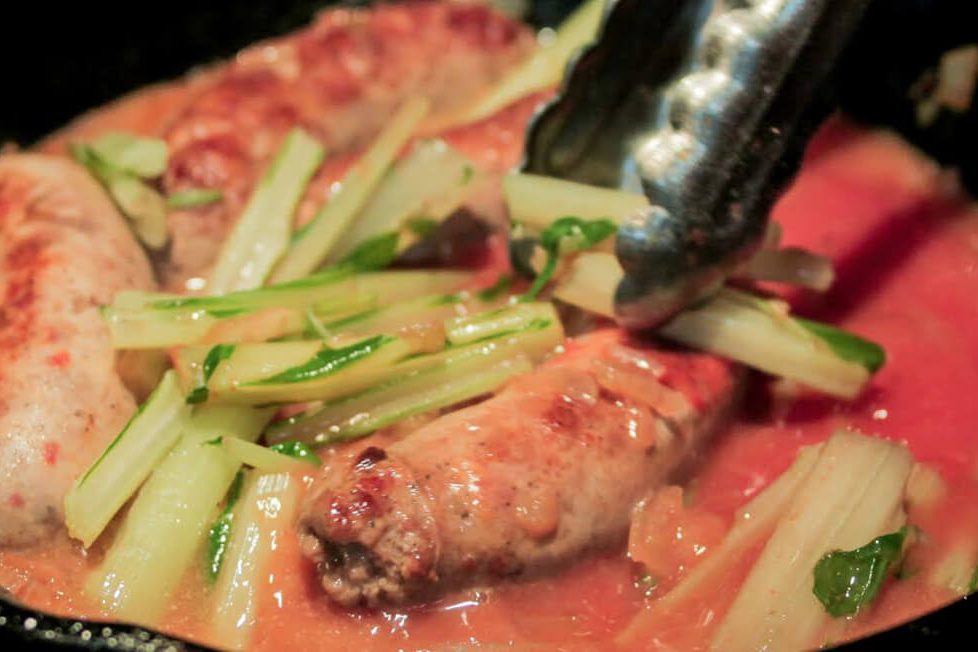 Food
L’Avventura: The downs and ups of a vacation in ... 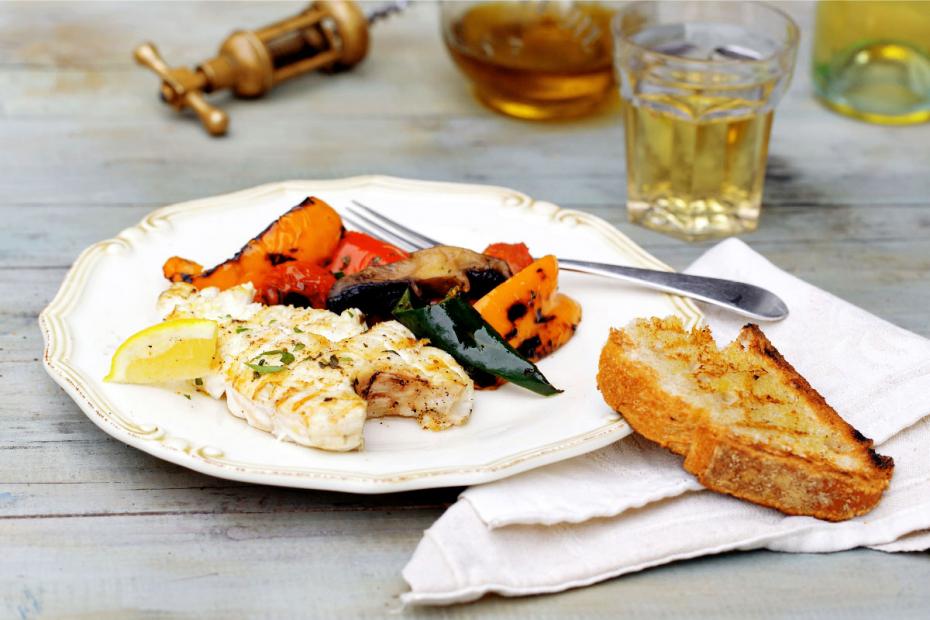