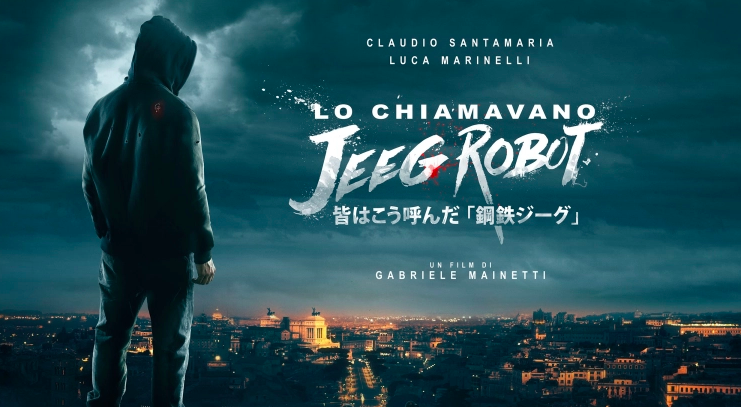 The 20th edition of New Italian Cinema, presented by the Italian Cultural Institute of San Francisco (Istituto Italiano di Cultura) and New Italian Cinema Events (N.I.C.E) of Florence, Italy, with the support of the Consulate General of Italy in San Francisco, wrapped up a five-day run dedicated to celebrating the rich and dynamic cinematic tradition of Italy by bringing the works of the country’s veteran filmmakers and its newest directors and films to the San Francisco audiences. At a special Closing Night presentation, Gabriele Mainetti’s THEY CALL ME JEEG (Lo Chiamavano Jeeg Robot) was selected to receive the NICE City of Florence Award.
“We are honored to present the NICE City of Florence Award to Gabriele Mainetti for THEY CALL ME JEEG (Lo Chiamavano Jeeg Robot),” said Viviana Del Bianco, founder of New Italian Cinema Events in Florence, Italy. “This film is the perfect representation of a new wave of great Italian Cinema—along with Closing Night presentation LIKE CRAZY (La Pazza Gioia). There is a new wave of exciting cinematic works coming out of Italy, a sort of artistic and cinematic rebirth making use of creative storytelling to share stories of today’s Italian life in a dynamic and innovative way. We are proud to have shared these five days of cinema with the San Francisco audiences, pleased with their great response and we are looking forward to the coming years.”
The NICE City of Florence Award competition was comprised of seven dramatic features by up-and-coming directors including Claudio Cupellini’s THE BEGINNERS (Alaska), Claudio Caligari’s DON’T BE BAD (Non Essere Cattivo), Stefano Alpini’s THE INVISIBLE PLAYER (Il Giocatore Invisibile), Edoardo Leo’s THE LEGENDARY JULIA AND OTHER MIRACLES (Noi e la Giulia), Giorgia Cecere’s SOMEWHERE AMAZING (Un Posto Bellissimo), Fabio Bonifacci and Francesco Miccichè’s THEM WHO? (Loro Chi?) and Gabriele Mainetti’s THEY CALL ME JEEG (Lo Chiamavano Jeeg Robot). The NICE City of Florence Award was decided by audience ballots from San Francisco screenings and announced at the Closing Night award ceremony Sunday, November 20 by Viviana Del Bianco, the founder of New Italian Cinema Events in Florence, Italy and Consul General of Italy in San Francisco, Lorenzo Ortona.
“I am very excited to participate in NICE’s 20th edition and in particular in the award ceremony with Viviana del Bianco. This week has shown once again the love of San Franciscans for Italian contemporary cinema and I am very grateful to NICE for keeping the Bay Area so close to the Italy of today,” said Lorenzo Ortona, Italy’s Consul General in San Francisco. “The Italian Cultural Institute has shown once again its presence as a beacon of Italian culture in San Francisco.”
During the presentation preceding the screening of the Closing Night film, an Honorable Mention was also presented to a film outside of the competition category. Documentary feature IF ONLY I WERE THAT WARRIOR by filmmaker Valerio Ciriaci, was recognized “for its treatment of an important historical and social topic.” Winner of the 2015 Festival Dei Popoli “Imperdibili” (Unforgettable) Award, the film, chronicles the socio-political consequences of the decision by the municipality of Affile (province of Rome) to inaugurate a monument dedicated to Rodolfo Graziani—a fascist general during the 1935 Ethiopian War and first viceroy of the colony in 2012. Graziani, was found guilty of war crimes for which he never was indicted, but some of the Italians in his hometown still see him as a hero while Ethiopians across the world protested the decision.
“This year’s selection of dramas by first and second time directors was especially strong and covered a wide range of genres,” said Nancy Fishman, Festival Manager. “They include comedies, love stories, and a gangster/sci-fi morality tale. I am also pleased that we brought some of Italy’s award winning documentaries to San Francisco, a city with a strong community of documentary filmmakers. The documentaries we showed looked at immigrants and native-born Italians finding common cause on the soccer field, the artistic influences and political role of rap musicians, and the complex legacy of Italy’s colonization of Ethiopia in the last century.”
This year’s New Italian Cinema opened on November 16th with Francesco Calogero’s SECOND SPRING (Seconda Primavera). The popular screening was followed by an onstage Q&A with the director, and a special celebration held at the historic San Francisco Italian Athletic Club in North Beach. As part of the Special Screenings presentations, the Festival program showcased four additional dramatic films by veteran Italian directors including Giuseppe M. Gaudino’s ANNA (Per Amor Vostro), Luca Lucini’s BEST ENEMIES (Nemiche per la Pelle) Cristina Comencini’s LATIN LOVER and Closing Night film LIKE CRAZY (La Pazza Gioia) by celebrated director Paolo Virzí.
For the first year, the eclectic programming of New Italian Cinema, also included a selection of award-winning documentaries such as Pierfrancesco Li Donni’s AFRO-NAPOLI UNITED (Loro di Napoli), Valerio Ciriaci’s IF ONLY I WERE THAT WARRIOR and Haider Rashid’s STREET OPERA.
Each year the festival invites acclaimed Italian filmmakers and actors to participate in onstage Q&As following select screenings. Notable filmmaker appearances this year included Francesco Calogero, director of the Opening Night film SECOND SPRING (Seconda Primavera), Giuseppe M. Gaudino, director of ANNA (Per Amor Vostro), Valerio Ciriaci, director of IF ONLY I WERE THAT WARRIOR and actress Valentina Carnelutti starring in the Closing Night film LIKE CRAZY (La Pazza Gioia).
“In its 20th edition, the Festival closes as a success, for the quality of the works that we have been able to bring to the Bay Area and for the audience’s response to it,” said Paolo Barlera, Director of the Italian Cultural Institute in San Francisco. “We’ll definitely continue in this endeavor with pride and passion.”
Press Release by Larsen Associate
Receive more stories like this in your inbox 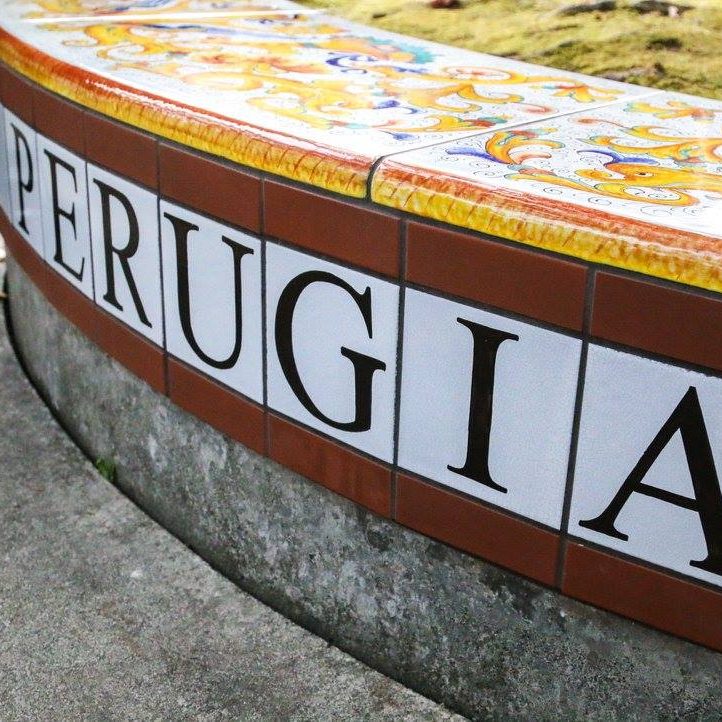