When the hardy residents of Livigno gave a cask of wine to the Capuchin friars of Bormio in the 8th century to gain autonomy for their high valley, they couldn’t have known they were setting a precedent that would continue down through the ages, even up until today.
Isolated far from the centers of power that variously controlled Italy, surrounded by the Alps and a crossroads for smugglers, Livigno enjoyed the independence of benign neglect and thrived on trans-mountain trade in the centuries that followed. The Austrian Empire confirmed its autonomy in the 18th century and the government of Italy upheld the tradition in 1910, granting the commune tax-free status.
Today Livigno’s duty-free prices for gasoline, alcohol, tobacco and a range of other commodities draw visitors from across Italy and even adjacent Switzerland and Austria.

Livigno is a haven for skiing and winter sports. Photo by coburn77

But this Lombardy mountain village has an attraction that makes it even more alluring. The snow and towering peaks that long gave it protection from political vagaries have been turned into a well-designed haven for skiing and winter sports. With six gondolas, 13 high-speed chairlifts, 115 kilometers of skiable terrain and 40 kilometers of cross country ski trails, Livigno attracts more than 1 million visitors each winter. Winding along a narrow strip following the Spoel River, the town is a winter wonderland flanked by twin ski mountains that cater to the full range of abilities. 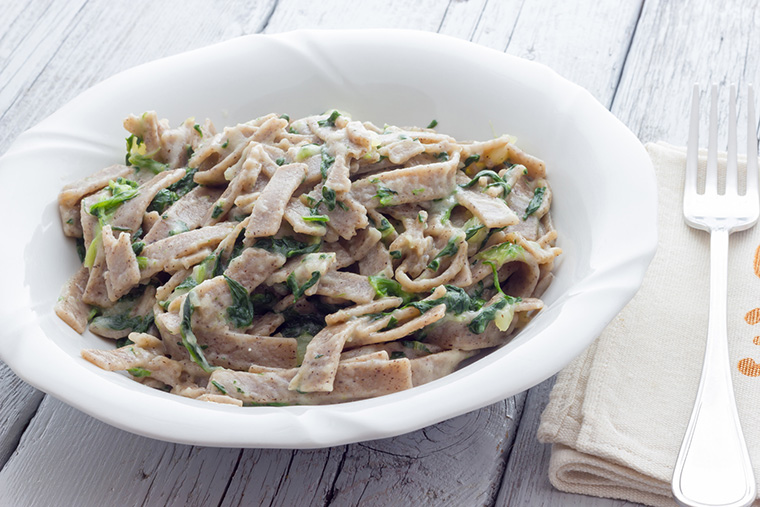 The enchanting 12 km-long valley nestled between Engadine and Upper Valtellina is also called Little Tibet for his historic isolation and freezing winter temperatures that requires  carb-heavy dishes typical of the valley, such as pizzoccheri- buckwheat pasta ribbons with savoy cabbage, swiss chard, potato and local cheeses Bitto and Casera.
Unlike many modern ski areas that have undergone almost constant redevelopment, Livigno retains its rustic charm with picturesque log cabin chalets that can date back 600 years. Known as ‘báit’ in the local dialect,  and ‘baita’ in Italian, the log cabins gave shelter through the long winter to sheep famers, who during the short summer also grew hay, the only crop to thrive at that altitude. Also the local history museum resides in a ‘baita’ that dates back more than 300 years.
The same isolation that long protected the valley – it was cut off for up to six months a year  –remains today. It is accessible in Italy by a winding, at times windblown, two-lane alpine road from Bormio built in the 1950s that peaks at the Passo di Foscagno in Trepalle, the highest inhabited parish in Europe, then winds down to Livigno. Access from Switzerland opened up with the construction of the Munt La Schera toll tunnel in the 1960s.
Perhaps Giuseppe Bormolini grew weary of the long winters each year or perhaps he dreamed of fame and fortune. In 1909, he set out for America, landing in New York, where he opened his own woodcarving studio.
Eleven years later he returned, not with the fortune he hoped for, but with a new nickname. The locals called him “The American”. The area around his family home in Livigno also took on the name and eventually an apres-ski hangout called The American Bar was opened.

The origin of the name Hotel Amerikan comes from its predecessor Giuseppe, who like many other Italian migrants many years ago left Livigno to discover America.

The operation later grew into a full-service hotel that uses the spelling Amerikan to distinguish itself from the many American-style bars that became popular (www.hotelamerikanlivigno.com).
Today, Giuseppe’s grandson Donato Cusini oversees the family heritage and great-grandson Davide continues his forebear’s wanderlust as a sponsored skier who travels the world to conquer a range of conditions and mountains. But he is still a son of Livigno, always returning to the warmth of family home and hotel.
With a sweeping view across the alpine meadows that carpet Livigno, The Amerikan Hotel is all clean lines, minimal wooden furniture and white linen. The beautifully restored albergo offers friendly hospitality, comfortable rooms and a restaurant. It has an indoor swimming pool, hot tub and Jacuzzi, steam room, sauna and relaxation area for any moment of the day.
It even has its own ski lift – called The Amerikan Lift, naturally – built by Donato’s brother.
Just as the town evolved from a smugglers’ crossroads into an international ski resort, it has grown from a winter destination into a summer hub for outdoor enthusiasts. Many of the cars traveling the high mountain passes to Livigno carry mountain bikes used to enjoy stunning scenery and recreation along the vast network of trails that wind through the mountainous redoubt. Also popular are trekking, kayaking on Livigno Lake and mountain climbing.
The combination of commercial success from tax-free goods, stunning scenery and pristine air all give a vibrancy to the town, reflected in its free shuttle bus service and other well-maintained public facilities.
The great scenic beauty is augmented with four churches that provide a vivid insight into another time — the simplicities of an age when life was hard and the church was the focal point. The tiny Chiesa di San Rocco is a hidden gem. Built in 1588 soon after a devastating plague swept the village, it is certainly worth a visit.
Receive more stories like this in your inbox