We’ve been living in a new decade for almost two weeks, and so many things have already happened. Yet, the month of January is, more often than not, a time when we look back at what  we did and  set up standards for what we’d  like to do.

The same is true for countries. And so, we wonder, what does Italy want from the new year? 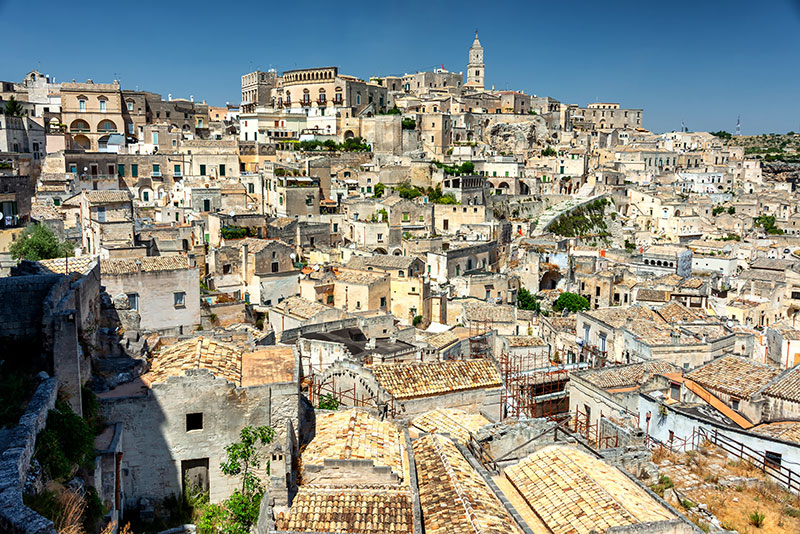 The suggestive Matera was hit by a flood at the end of 2019 (Coyright: Dreamstime)

2019 wasn’t simple for the Belpaese: the government fell and reformed, leaving one of the country’s most controversial parties at the opposition and a great  deal of instability and confusion. Rome is filthy and apparently the city council cannot do a thing about it. Young people have no jobs and keep fleeing the country, in search of better opportunities which, often, they  find across the ocean, in the US. Towards  the end of the  year, Venezia risked to drawn under the waters of its lagoon, Matera found itself under the deluge and regions like Liguria faced a series of environmental catastrophes worthy of the apocalypse.

Bad year, then, you  must think. Well, let’s not say that so quickly.

It’s amazing how we  remember off the  top of our heads only the negative but we have to go online or check out the newspapers to make a list of what’s good, as I have just demonstrated to myself, by writing the first paragraph of this piece without opening one single window on my  browser, but having  to check out an article or two  to make a list of the “good stuff” Italy did in 2019.

And you know what, there was quite a  lot of it.

Milan and Cortina will host the 2026 Winter Olympics: a great Italian achievement of 2019 (Copyright: Dreamstime)

For instance, Milan and Cortina were chosen to host the 2026 Winter Olympics, an  event that will not only bring  funding and jobs to Lombardia,  but will also offer a great opportunity to the country to showcase once again its beauty to the world. Speaking of economy, our export rose of a good 3.4% since 2018 and it should rise even more this year, in spite of the economic crisis, and Trump’s tariffs. And, even if many people lost their jobs last year —but this doesn’t only happen in  Italy,  unfortunately — due to the ongoing difficulties to keep businesses afloat, Italy was also home to a plethora of positive, successful initiatives, like the  venture initiated by  12 workers of a steel plant in Acerra, near Naples, who took it over after it closed  down, renamed and finally, in 2019,  brought it back to its feet. 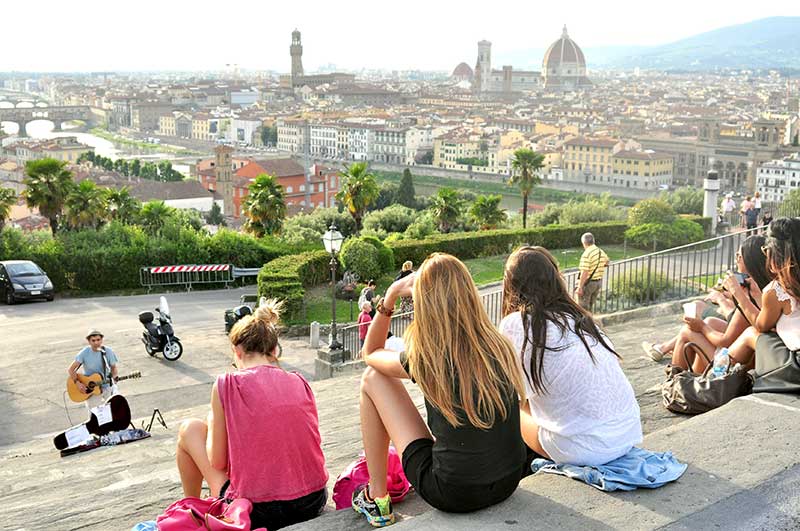 Italy has long been seen as one of the countries worst hit by an academic brain drain (Copyright: Dreamstime)

And  what about the brilliant minds of Italy, those we keep saying are leaving the country, to seek better opportunities abroad? Well, some of them remained here, like the researchers of the Fondazione EBRI (European Brain Research Institute) Rita Levi Montalcini who discovered a molecule able to stop the advancing of Alzheimers. The ground breaking discovery became possible also thanks to the collaboration of CNR (Consiglio Nazionale delle Ricerche) and the Biology Department of the University  Roma Tre.

Abroad, we all became familiar with Ciriaco Goddi —  who also spoke to us of L’Italo-Americano a few months ago — and  his team at  the  Event Horizon Telescope project, which managed to take the first ever photograph of a black hole. 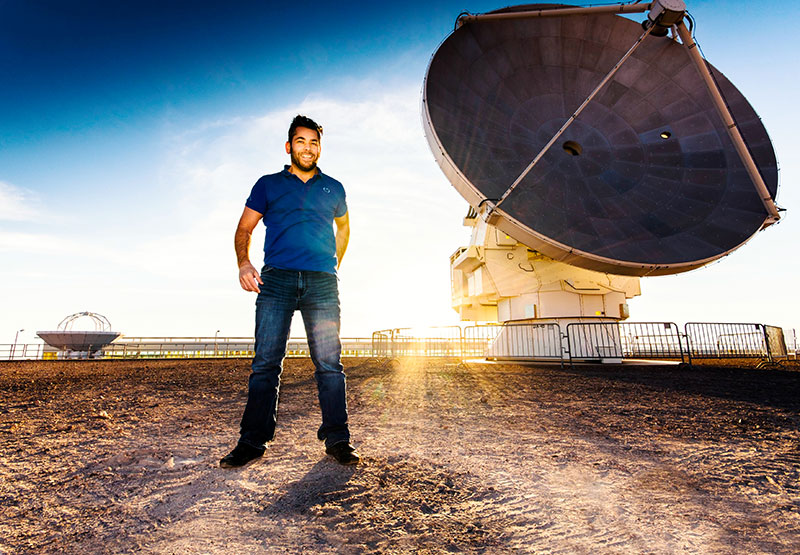 Ciriaco Goddi, member of the team that gave to the world the first photo of a black hole (Copyright: Ciriaco Goddi)

So, 2019 wasn’t all bad for Italy, especially when you consider it from the point of view of Italians as a people, rather than Italy  as a country and this brings us to take a closer look at  the way Italians live their lives, the way they work, both inside and outside the country’s geographical borders: there must be  a reason why, for instance, Italy’s well being index has risen last year, in spite of the political instability and the sluggish economy. To come out with these results, ISTAT, the Italian institute of statistics, didn’t simply look at how much we earn, but also at many other factors that can influence our happiness and satisfaction: Italians are very happy with their families, with their health, with the way they spend their spare time. And  you know what? We start feeling more content, even if not much, about the cash we have in our pockets, too. Happiness doesn’t simply come from wealth and, when you think about it, Italians have always been good at understanding that.

But there is more, and that’s when Italians of the  New World enter the  picture,  too. If it’s true that many young scientists, artists and researchers leave  the Belpaese to seek fortune abroad, we should never forget a couple of important things: the  first is that they remain Italians and that their success, wherever it happens, is ultimately a success for Italy. Are we proud of Ciriaco Goddi and his team? Of course we are. And what  about Luca Parmitano, who keeps the name of Italy high in space and works both for the European Space Agency and NASA? We love him, too. 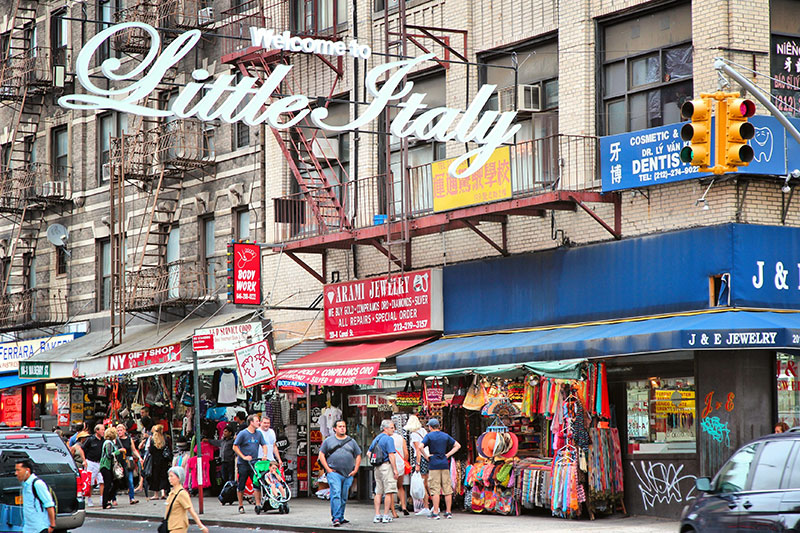 Italians as a world community, strong and connected, which lives on shared values (Copyright: Dreamstime)

My point is that, in the end, it doesn’t really matter that much where Italian people succeed, because their achievements are always a present to Italy. And  this leads me to another important consideration: we should begin looking at ourselves more as a people rather than a country. Italians are not only those who were born and live in Italy; Italians — and Italian-Americans know that well — are  all those people around the world who belong culturally and emotionally to Italy, whose family, memories, experiences, habits reach across the oceans and lead ideally all to the same Motherland, a  Motherland that is not made of earth and stone, but of culture and  heritage.

In this, the Italians of the New World are much better than the Italians of the old continent: we often fail to see the connection between “us” and “you,” we  often lack the understanding and the knowledge of the magnitude and beauty of Italian communities around the world to appreciate how much richer you make Italy as a  nation.

This, we should learn from you,  our cugini d’oltreoceano: to see Italians as a worldwide community, which is strong and connected and thrives on shared values rooted in a tradition that belongs to us all, on a language we love and speak or learn with adoration, on a  way of living life that,  and those ISTAT data really confirm it, still puts family, serenity and love at the heart of everything. 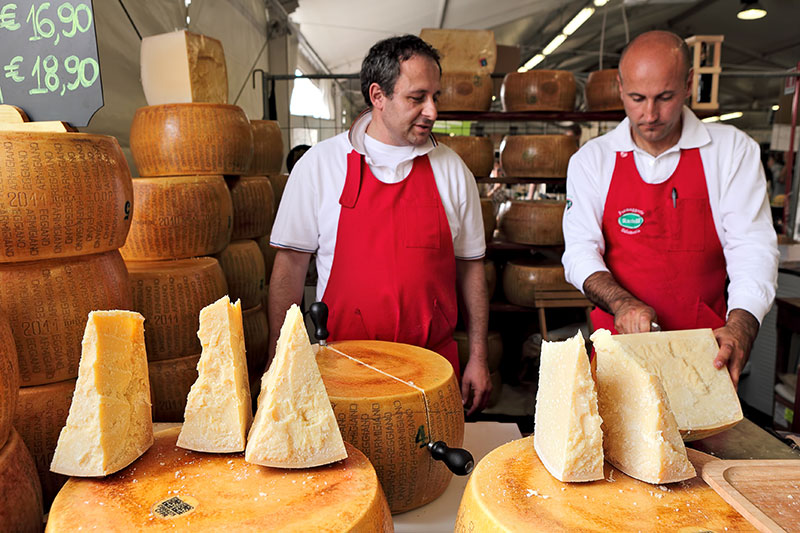 Foreign sales of Made in Italy products, such as Parmigiano Reggiano, grew in 2019 (Copyright: Dreamstime)

And there  is more: we Italians of Italy should also embrace the respect, the protective attitude and undying love for our culture and heritage Italian-Americans have, because sometimes we just seem  to forget how amazing it all is, and focus only on the negative. But more than anything, I think we should begin realizing there isn’t really any difference between we Italians of Italy and the Italians of America, Australia or Germany: we  belong together, as an immense, centuries-old family, that spread out  all over the globe. And so, when one of our researchers or artists or doctors makes an amazing discovery in some other part of the world, it’s a success for Italy  just the same.

The title of this article asked a question: what does Italy need in 2020? I think the answer is clear: it needs to get to know better all Italians keeping its name high in the world, including those who no longer live on its soil. It needs to learn from its cousins abroad how to love itself a bit more and how to make of the values and culture it stands for a  reason of undying pride.

Culture
An infection of humanity: an Italian lesson that ...
Sponsored