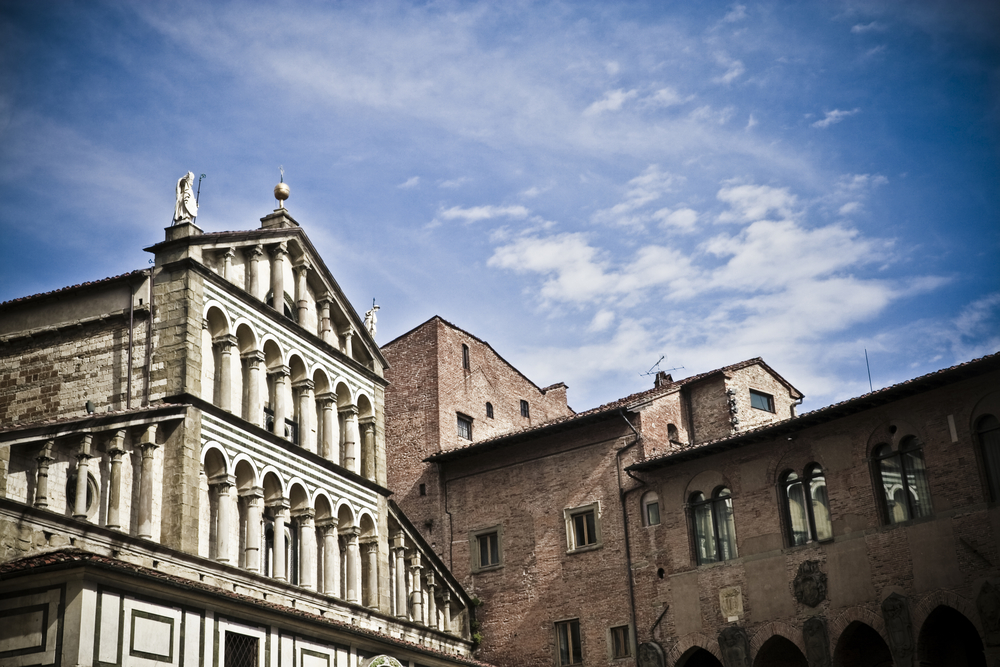 If you are ever in Pistoia, a beautiful town in Tuscany, don’t miss the Piazza del Duomo, dominated by the cathedral and lined with other stunning medieval buildings, such as the Palazzo del comune e Palazzo del Podestà.

The original Cathedral, dedicated to San Zeno,  was built in the 5th century, but burned down in 1108, and was rebuilt during the 12th century.

In the square, you can also see the 14th-century Baptistry, with white and green striped marble characteristic of the Tuscan Gothic.

The “Bishops’ Palace”, also very ancient, is known from 1091, initially as a fortified noble residence, and is a gem worth visiting.