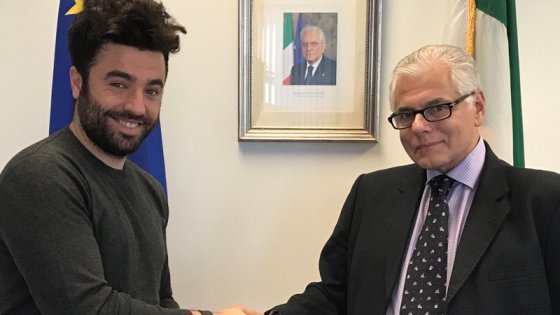 Italian actor Luca Riemma was suffocating with a peanut while he was talking to the Consul General Antonio Verde, when Verde himself stepped in and saved his life with the Heimlich maneuver.

“I couldn’t breathe, I thought I was going to die,” said Riemma. “If I’m still alive it’s all because of the Consul and the Heimlich maneuver. I never thought I could almost die because of a peanut!”

“We were lucky,” commented the Consul. “But it’s also true that we were well prepared. The Foreign Affairs Minister organizes for its employees classes that promote safety on the job. And, for personal reasons, I’ve always been fascinated by this maneuver, especially ever since I read, a few months ago, that the doctor who invented it had just died. But I never thought I’d have to use it.”