Appointed, on December 2013, with the highest ranking honor of “Grand Officer of the Order of merit of the Republic of Italy,” Varricchio’s achievements have also been recognized from various foreign countries.

Mood of His High Excellence’s speech – given, on October 11th, in occasion of his first official visit at the Italian Cultural Institute in L.A. – was an almost palpable optimism, that resurfaced numerous times throughout the Ambassador’s inspiring delivery.

First sojourn in L.A., only in official terms, as, at the beginning of July, the Ambassador assisted, from Pasadena’s Jet Propulsion Laboratory (JPL) to the entry of the NASA’s probe, named “Juno,” into Jupiter’s orbit, which he humorously called “romantic reunion.”

Varricchio gave us a taste of his hectic two-days agenda during his first official visit to Los Angeles. He briefly referred to his meeting with the Mayor Eric Garcetti, as well as the dinner at the Getty Museum, and his visit at UCLA’s Department of Italian Studies, where he also met with the university’s Chancellor, Gene David Block.

H. E. took part as well to the roundtable and luncheon, held by the Los Angeles World Affairs Council, on the challenging role of Italy within the European Union, that is facing the recent schism by Great Britain.

Focus of the Ambassador’s speech was to emphasize the importance of promoting Italian culture in the US, topic that could not be any fitter for its venue.

Italy has a call to spread its cultural heritage, its capacity of overcoming challenges and “rolling up its sleeves,” all over the world.

Historically, Italians have always seen themselves as citizens of the world. That was particularly true in our past and must be reinstated today.

Italy has a lot to say, in the international debates about peace and the opening of the markets. Our country is proud to save so many human lives in the Mediterranean Sea, and, at the same time, it cooperates internationally to better deal with the challenges, posed by the wide surges of immigrants and refugees.

A real source of proud to our country comes from its special relation with the US. Millions of Americans, of Italian ancestry, along with myriad Italian expatriates in North America, have been contributing extensively to shape what the United States are today.

Ambassador Varricchio’s warm remarks were about the numerous young people, who live and successfully work here. They don’t represent a loss for Italy. Indeed, they disseminate Italian traditions, culture and language across the US.

In conclusion, the Ambassador commended the Italian Institutions that play vital roles in the vibrant community of L.A.

First and foremost the General Consulate of Italy and the IIC, despite being often left out with scarce resources. To which situation, the Ambassador is going to put remedy.

But also, the rest of the so-called “Sistema Italia”, composed by ICE (“Italian Trade Agency”), ENIT (“Italian Government Tourist Board”) and the Chamber of Commerce West Italy-America.

We are thankful to the Ambassador for having granted the following interview to L’Italo-Americano.

Which are the goals you set to accomplish during your mandate?

First of all, I’d like to stress out the excellent bilateral relations between Italy and the US.

As further proof of this fact, Italy’s Prime Minister, Matteo Renzi, is about to make an official visit to the White House, next week. Italy and US hold very sound ties, both on economic relationships and international affairs.

My main task is to further these ties and cooperate together with the US Government in the fight to maintain international safety, but also to extinguish the raising inequality that characterizes both Italy and the US.

Simultaneously, I aim to strengthen the cultural ties – that are traditionally strong – between these two countries.

Today’s stories of Italy’s young people and their entrepreneurship and dynamism need to be told.

The community of Italians living in the US has never stopped growing and, today, it can rely on a precious supply of fresh energy. I’m talking about many successful young entrepreneurs and researchers, who find opportunities to fulfill their potential here in the States.

As I like to repeat often, differently from the older generations of immigrants, these youngsters have round-trip tickets in their pockets. In the sense that they see themselves as Italian citizens, sometimes American, but always citizens of the world.

This new generation moves and operates freely in the globe. Each of them is indeed an “ambassador” of Italy abroad.

Sadly, current is the raising “brain drain” of Italians abroad. How may Italy be appealing again to young talents and not instead a determent to run away from?

I’m aware of the impressive number of Italians, who are expatriating this year, even more consistently than the previous ones. Based also on the high number of young people, whom, in these past months, I’ve been having the chance to meet both in the East and West Coast, I can tell they are very dynamic and with a great deal of initiative.

Every single one of them is optimistic and confident about keeping not only an emotional tie with his or her home country, but also a professional one. In the future, they may serve as promoters of the US culture and values in our country, and even pass on that knowledge to the young people who live in Italy.

In your opinion, in what areas can we reinforce the tie between Italy and US?

After a ten-year lapse away from the United States, I’m now back and I can see some changes.

During my previous appointments here, I dealt with the economic exchanges between the two nations. Commercial trade between Italy and USA has traditionally been strong, with a current $25 billion surplus value.

What has been exponentially increasing over this decade, is the amount of investments from Italy to the US and vice versa. To invest means to spot the big potentials and to believe in future relations.

I’m going to support and foster these invaluable exchanges between the two countries.

Media outlets, like L’Italo-Americano, work on building a sense of cultural identity among the subsequent generations of immigrants and on promoting the Bel Paese. In what extent, do you think the Italian Foreign Press may be key to national politics, to the promotion of the “Made in Italy” excellences, and to the consolidation of Italy’s image, away from the traditional defamatory one which, for decades, has been penalizing Italian immigrants?

Italian Press and Media abroad play a vital role. Not only in aggregating communities, which, despite their geographical distance, can stay informed about one another, but also in promoting a detailed survey of Italy’s identity today.

In these last years, Italy has changed deeply. We need to stay current of the latest artistic, scientific and cultural tendencies, as well as the contemporary social debate.

Italy is the country most known around the world. Even, I might say, the most loved one. Often, however, our country is seen through lenses, that fixate on certain old-fashioned clichés.

Italy is not an “open-air museum,” but rather a lively and dynamic society, that is ever-changing. The press along with all the other media are essential to drive people’s curiosity towards our contemporary reality.

What do Italians abroad need and how the Italian-American community might help Italy to grow? Could that be, as one goes, an effective “ambassador” of the “Made in Italy” abroad?

The Italian-American community is rich and diverse, but always a single one, with no separations in terms of socio-cultural level. It is an extraordinary channel of promotion of our Italian identity.

Wherever I go, I find Italians and Italian-Americans proud to fulfill this fundamental role of promotion. I deeply value and appreciate all that.

I personally greet our vibrant community, also on behalf of the other Italian Institutions. Here in Los Angeles, our Consul General, Antonio Verde, is doing an excellent job being fully committed to our community and very attentive and receptive towards its needs and requests.

I welcome everyone to make use of the services provided by us representing Italy, in particular by the Embassy in Washington D.C. along with the entire Consular network in the US.

In conclusion, I wish a long and bright future to L’Italo-Americano, that for over a century has been providing an exceptional service to our community. 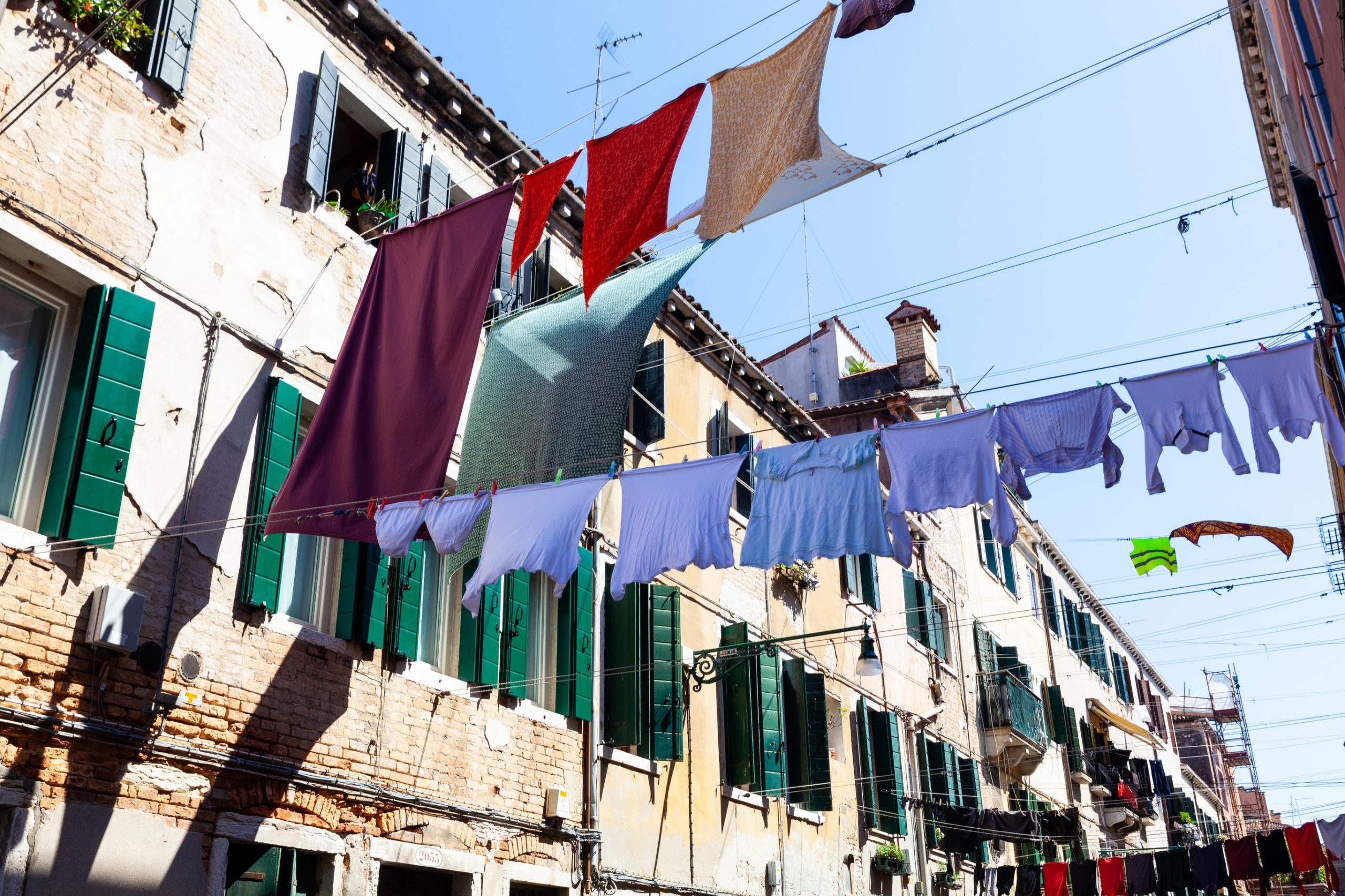 Culture
The poetry of that laundry out the window 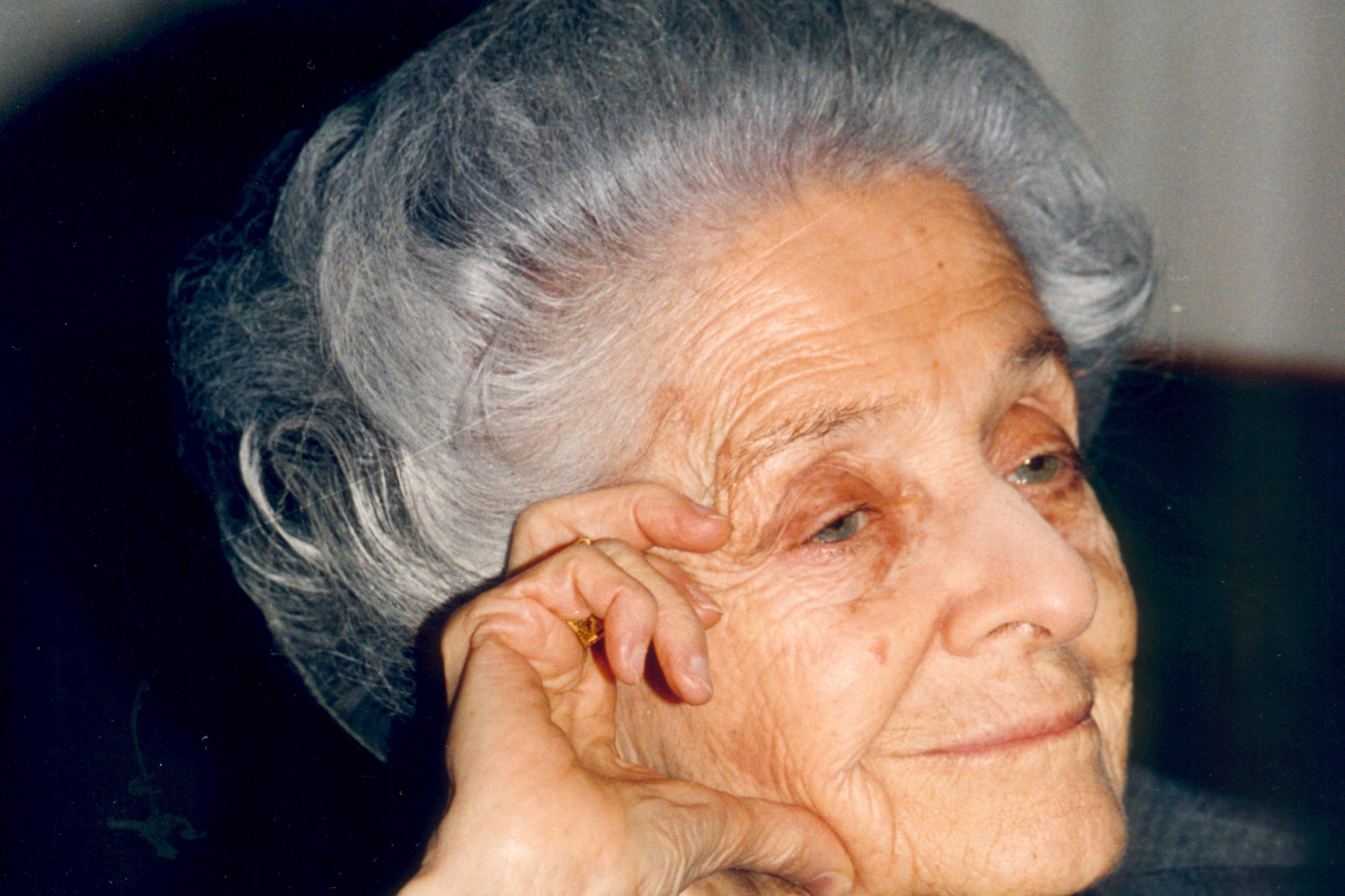 Culture
Following the steps of Rita Levi Montalcini to ...

LIFE & PEOPLE
Do we truly know how to come to terms with our ...
Sponsored