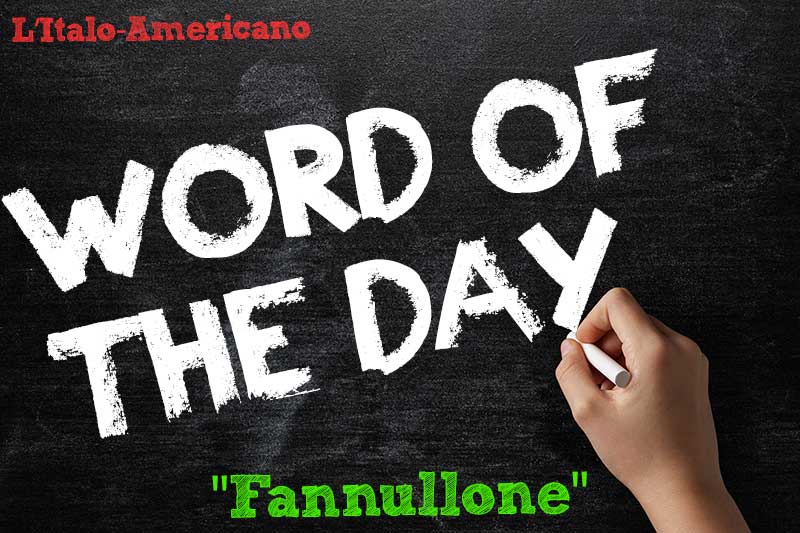 The expression essere stufo (ehs-eh-rai stoo-foh) comes from the Italian verb stufare, and began to be used with the meaning we are familiar with today sometime in the 16th century, even though it was spelled with  two “f,”, stuffo.

Essere stufo is a very common expression in all registers and it means “to have had enough of,” or to “be sick with” something or someone.

If you say sono stufo, it really means you can no longer stand whatever you are talking about: it’s a fairly strong expression from a semantic point of view, yet, it’s neither offensive nor vulgar.

In spite of using it all the time, not many Italians know about the curious origin of the expression. If we dig deep into the etymology of the word (don’t worry, this won’t be boring!), we find out that the adjective stufo has the same origin as the noun stufa, “stove:” the latter comes from an ancient Greek verb that meant “producing smoke,” which makes perfect sense when you speak about a stove.

But languages develop in funny ways and so, throughout the centuries, the “making smoke” of “stufa” got associated with the stench of smoke itself and then, by extension, to the annoyance it causes to people.

And there you have it: the way we went from a smoky stove to being tired of something.

One last thing: don’t forget essere stufo has both gender and number, so it can also be  feminine and plural!

It is often used in expressions such as essere stufo marcio. 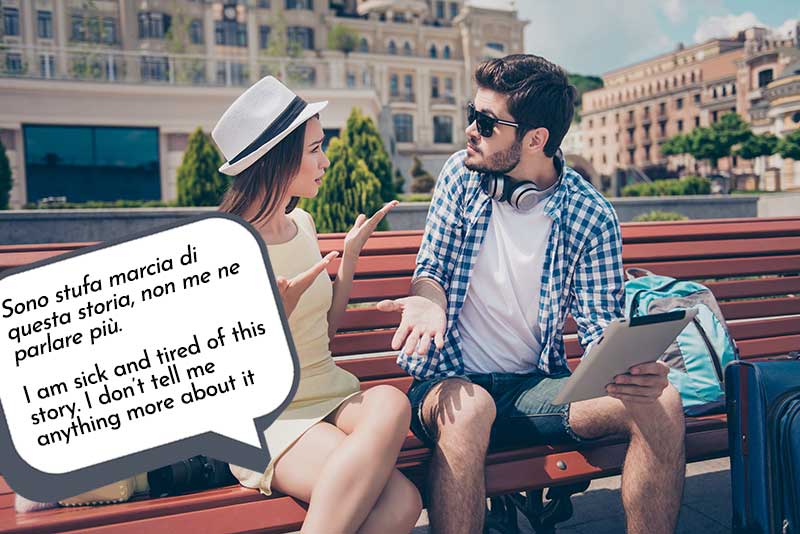 Sono stufa marcia di questa storia, non me ne parlare più.
I am sick and tired of this story. I don’t tell me anything more about it. 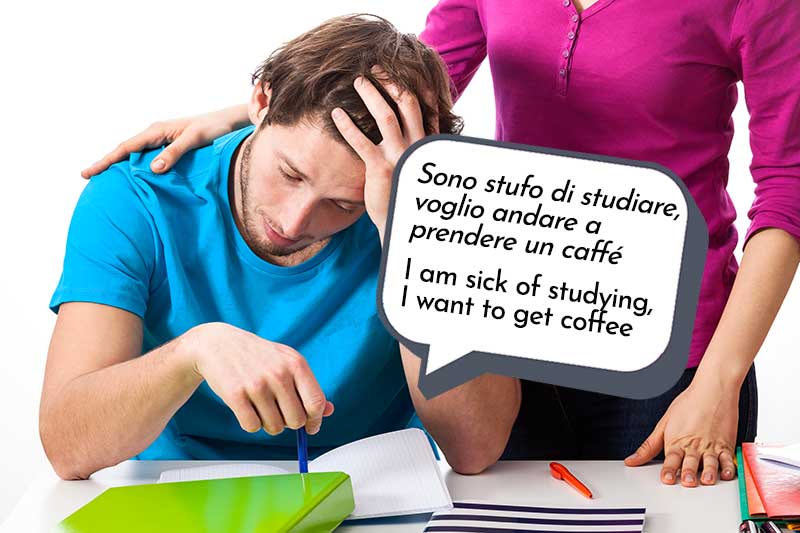 Sono stufo di studiare, voglio andare a prendere un caffé.
I am sick of studying, I want to get coffee. 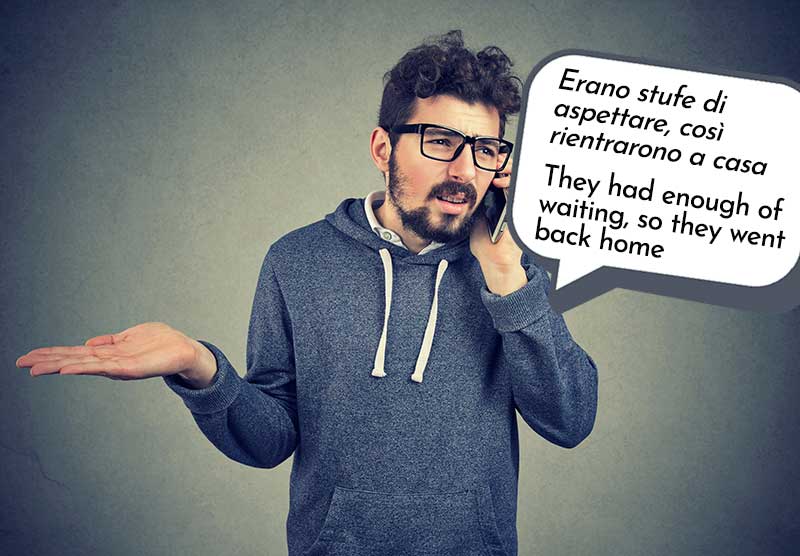 Erano stufe di aspettare, così rientrarono a casa.
They had enough of waiting, so they went back home.