October is a meaningful month for all Italian Americans – even more so for those who are fighting breast cancer. But for blogger and model Chiara D’Agostino, October will always be more than Italian Heritage Month and Breast Cancer Awareness Month.

Chiara’s parents were born in a small town outside of Naples called Lacedonia and Chiara grew up speaking dialect in her home in Montclair, New Jersey. Throughout her childhood she traveled to Italy to visit family, and studied Italian in high school and college. She worked as an Italian teacher before returning to school to get her Masters in Italian Culture from Middlebury College in Vermont, California, and Florence, Italy.

Two years ago, the night before her 43rd birthday, on October 25, 2014, she found a lump in her breast. The course of her life was irrevocably changed following a diagnosis of stage 2/3 breast cancer. Chiara pursued a treatment path of chemotherapy and a double mastectomy, and was declared cancer free in 2015. But just a few months ago, a CAT scan found that an aggressive cancer had returned to her sternum and lungs, and recently spread to her liver.

Chiara’s head is framed by grey curls, which make a striking contrast to her young complexion, bright eyes, and long flowered dress. Over the past two years, Chiara has rewritten the story for cancer fighters and survivors.

“Once you’ve faced cancer, what’s stopping you?” she said over a recent lunch in Bryant Park on an unseasonably warm, overcast October day. Around us, men constructed the framework of the ice skating ring that would transform the park into a popular tourist destination all winter.

“When I used to think of cancer I thought of someone bald and scary, with dark circles under their eyes. But it could also be that you look okay. Your life can change and it can be great. You could have grey hair and become a model like you always wanted to,” she mused.

Rather than let her diagnosis defeat her, Chiara found her voice – and her strength – through blogging. In June 2015, she founded Beauty Through the Beast (beautythroughthebeast.com), and began to tell her story to the world. What started as an outlet for Chiara to process her heartbreak over the dissolution of an intimate relationship, the shock of the recent loss of her father, her fear of starting cancer treatment, the challenging decision to undergo a preventative double mastectomy, the indignity of losing her hair through chemo – evolved into something more: an invaluable resource for women fighting breast cancer.

“It became a labor of love,” Chiara said. “It’s created a community that I feel really connected to.” Through the blog, Chiara began to know – and help – other survivors, bloggers, and surgeons. Readers e-mailed her asking for guidance, or how they could best support a friend or loved one who is fighting cancer. Chiara taught herself how to use social media to promote her content and found a vast network of women and health professionals sharing hope, inspiration, and resources, like a promising new clinical trial or an extraordinary surgeon.

Chiara’s mission is to make a cancer diagnosis and cancer treatment less scary for others. She overcame her own queasiness at sharing the intimate and difficult details of her fight with cancer because, she says, “I want people to know what it looks like.” That means posting photos of herself in hospital beds, preparing for surgery or waiting for a diagnosis. It means sharing images of her topless body after she underwent a double mastectomy and reconstructive surgery.

“Part of me doesn’t want anyone to see, because I think it’s ugly,” Chiara confessed. “But it’s reality. I hope it’s a wakeup call to people: this happens. To your neighbor, your teacher, to someone who seems healthy. Get a mammogram; it could happen to you.”

Chiara urged me to include the details of her first diagnosis in this article. A routine mammogram in August 2014 didn’t catch her cancer; after finding the lump in October of that year, Chiara returned for another mammogram, which still couldn’t detect the tumor. The reason? Breast density. Tumors show up as white on a mammogram, and so does dense breast tissue. “They say it’s like finding a snowflake in a snowstorm,” Chiara explained. For women with dense breast tissue, only an ultrasound can detect a tumor. “Ladies, ask your doctor if you have dense breast tissue,” Chiara advised. Doctors know, but they aren’t required to share this information with you unless you ask.

Chiara’s documentation of her own experiences is an invaluable educational resource for those who face the same challenges. For example, after reconstructive breast surgery, Chiara said, she came home with drains coming out of her body that she had to empty on a daily basis. She posted a video showing how to empty the drains. Giving people more information means, “it’s okay,” she said. It makes it less scary, less daunting.

Readers have commented, “It’s nice to see that you’re alive, you’re smiling, you’re out and about.” And Chiara’s blogging success opened the door to exploring her longtime dream to model. “People loved my new look,” she said, referring to her new, post-chemo grey curly hair. So she found an agent and started modeling. She has appeared in Oprah Magazine, Ray-Ban, The Wall Street Journal and most recently in Ulta Beauty.

Shortly after we met for lunch, Chiara received the news that she had been selected to participate in a clinical trial, starting October 24, the day before her birthday, and two years to the day after she first found the lump. Without a doubt, October will always be a significant month for her.

Chiara’s dream, once she conquers her cancer, is to work for an international company based in New York City and Italy, so that she can travel between both countries and use both English and Italian in her career.

“When I’m in Italy, I feel like all my senses are awakened. The light on those yellow buildings in Florence is so breathtakingly beautiful,” Chiara said. “The sound of the language, even the smell of the cleaning products… it just feels right for me.”

“Sometimes I get frustrated or angry when people tell me I’m going to be fine. Women do die from breast cancer, even today,” Chiara said. “But I hope my calling isn’t to show people how to die. I hope it is to show women how to live with and fight cancer.”

To confront a life-threatening illness and onslaught of medical treatments as Chiara has done may appear impossible to those of us who have never had to deal with such a challenge. Chiara has handled it all with courage, grace, and her own unique sense of style. 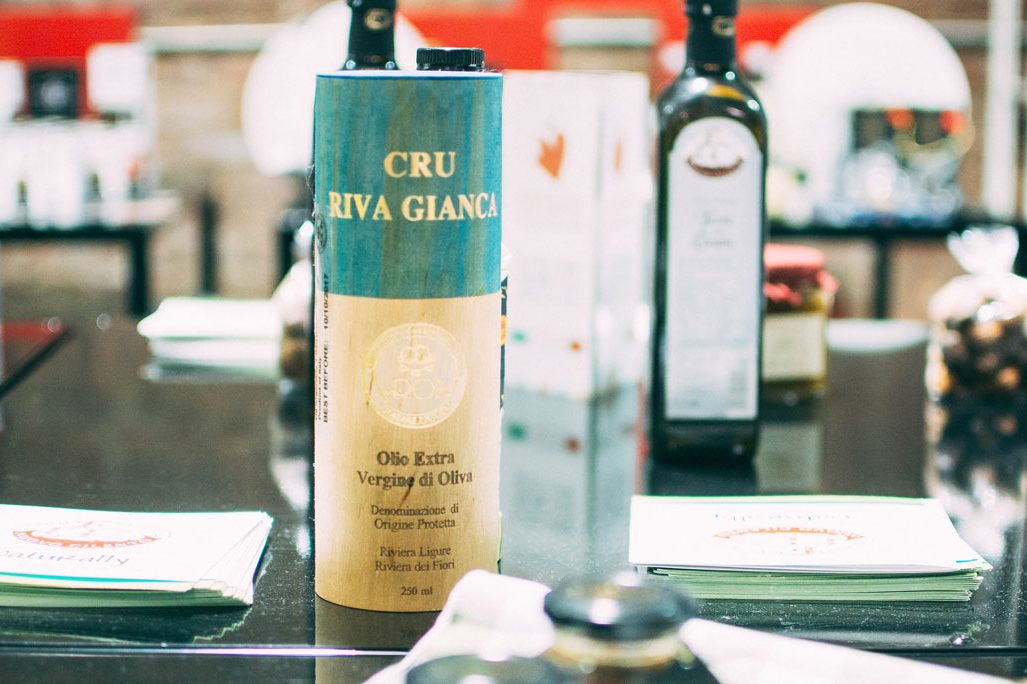 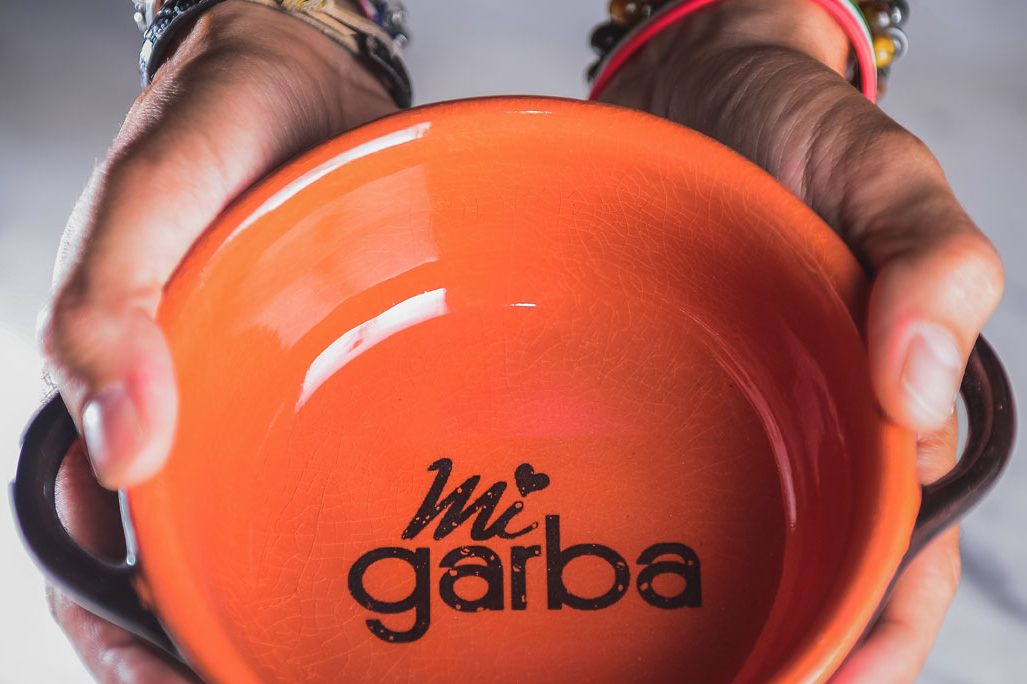 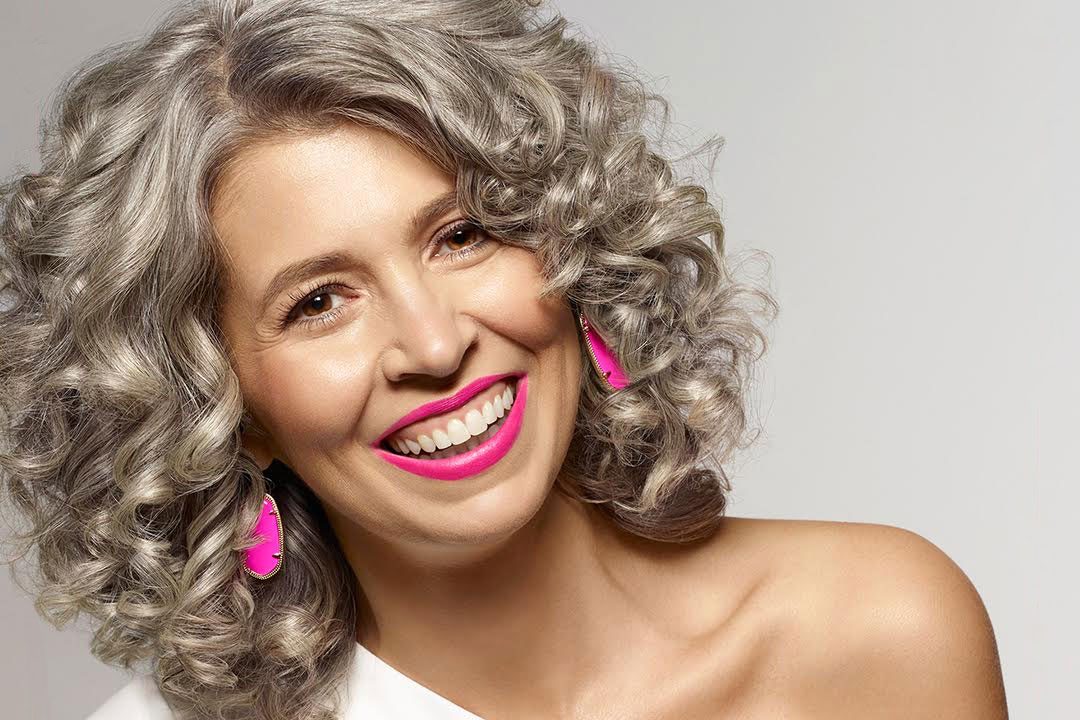