San Francisco has attracted world class talent, artists from every genre, for many decades and the month of September 2018 was no exception. The city by the bay had the distinct pleasure of welcoming internationally acclaimed conductor, Maestro Riccardo Frizza.

The Maestro made his fourth appearance, a collaboration with the San Francisco Opera, this year with Gaetano Donizetti’s iconic tragedia lirica (tragic opera) Roberto Devereux. He took the baton on September 8th followed by seven additional performances through September 27th. 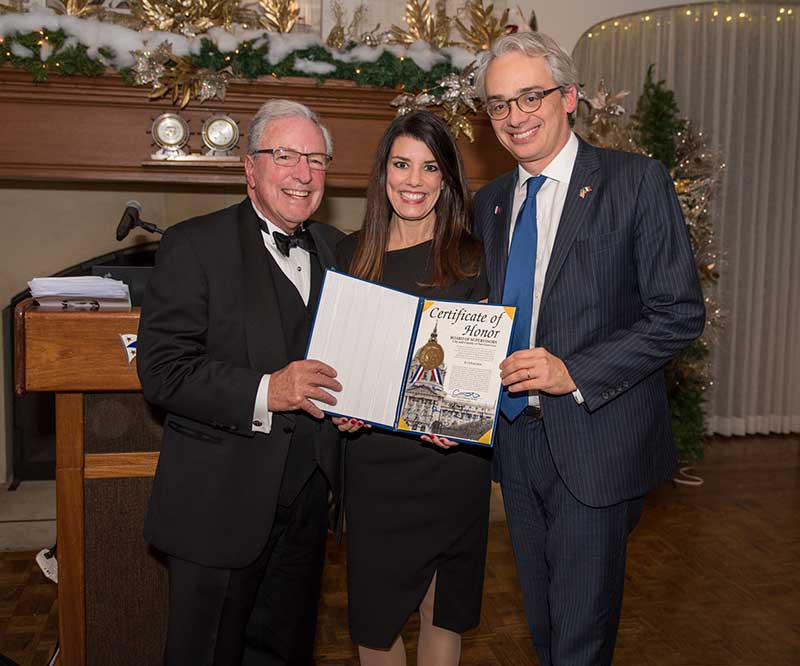 Frizza conducting at the Teatro La Fenice in Venice. Courtesy of Riccardo Frizza

Maestro’s three previous San Francisco Opera appearances were productions of Lucrezia Borgia in 2011, I Capuleti e i Montecchi in 2012, and Tosca in 2014. Of his fourth production, the San Francisco Opera said, “We are thrilled to welcome him back to San Francisco to share his talents once again!” And well they should be as, by all accounts, Frizza once again stunned audiences with his galvanic presence on the podium, inspiring performances as exhilarating as they are expressive.

Frizza is known for his operatic repertoire, which encompasses a vast array of diverse works, including Verdi, Puccini, Mozart, Rossini and many others. The Maestro is the first Musical Director of the Donizetti Festival, whose inaugural season takes place in November 2018. 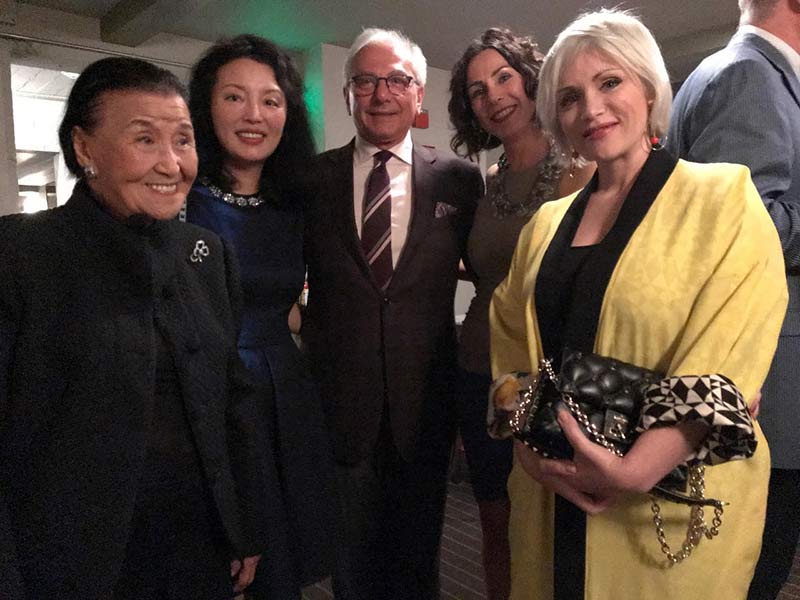 Riccardo Frizza is known for his operatic repertoire, which encompasses a vast array of diverse works including Verdi, Rossini, Mozart and many others © Joan Tomás – Fidelio Artist

A Conversation with Maestro Riccardo Frizza
L’Italo Americano was fortunate to meet and speak with the celebrated Maestro, and had the opportunity to explore his love of music, opera and Donizetti. Through this conversation, his passion for music clearly illustrates how his extraordinary talent developed and has grown into an illustrious career.

Maestro shared his thoughts and feelings about the art of conducting. “The action of conducting is based on one’s own sensibilities. Music is inside your heart. Take, for example, the influence of the artist in such a way as Puccini was influenced by Wagner. When I heard Mozart’s Requiem at the age of 14, it left a lasting impression. At age 17 I began composing. It was my destino. 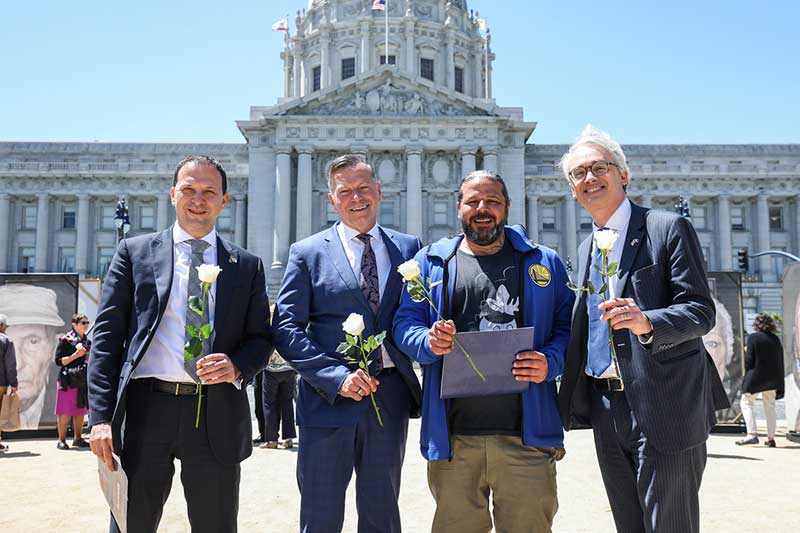 “It is our manner to communicate using gestures, and in conducting, gesture is the final outcome. As for the author the words are his tools, for me the orchestra is my instrument. The composer creates the opera, but the conductor is the conduit for the interpretation. Conducting is similar to the way an author interprets words or a painter colors and brushes. And so for me, much of the performance is about the preparation leading up to the actual performance.”

Did you chose the opera Roberto Devereux for this performance or do you collaborate with a team?
“The San Francisco Opera decided they wanted to stage this particular piece and then they went about deciding which would be the best artist to serve this purpose. It was at that point that I was invited to be the conductor and, of course, I said yes because my schedule allowed for this and it is in my repertoire. So it was the casting manager, the artistic administrator, that asked me and also it is he who chooses the singers. A cast is set up for each of the roles, and then we all meet to begin working together.” 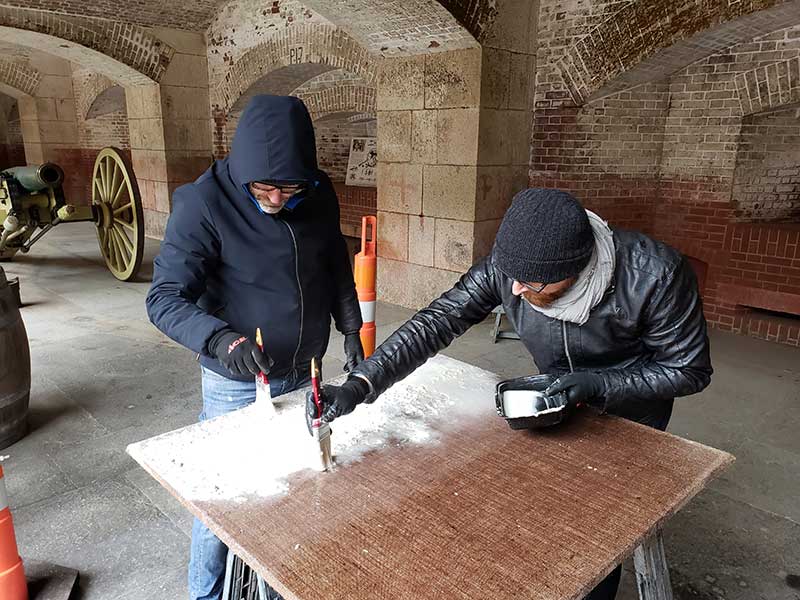 “I like to perform all composers” says Frizza of his work as a conductor. © János Posztós

Two of the four times you were selected by the San Francisco Opera it was to conduct Donizetti. Do you have a particular affinity for his work and if so, why?
“I like to perform all composers. You should know that Donizetti, Rossini, Verdi, and Puccini are all in the top five composers world-wide. For example between 2012 and 2017, Donizetti was the fourth most performed composer in the world.  And, of course, out of the top five, four are Italians. In my career I have done 21 of Verdi’s 27 operas, so I have almost completed the whole cycle of his operatic works. To complete this… is something I would like to accomplish.”

You have performed four times in San Francisco.  Is that because you have a particular affinity for the San Francisco Opera?
“San Francisco Opera is the second major opera house in the United States, behind only to New York.  It is a great venue with all the potential needed to be consistently brilliant; a great chorus, great orchestra and they are able to acquire the best artists in the world, so it is a natural choice for world-class talent and appreciative audiences. I came here for the first time in 2011 and fell in love with the War Memorial Opera House. Also, when you feel that you fit well working with the other artists, it is particularly enjoyable and so you come back very happily. 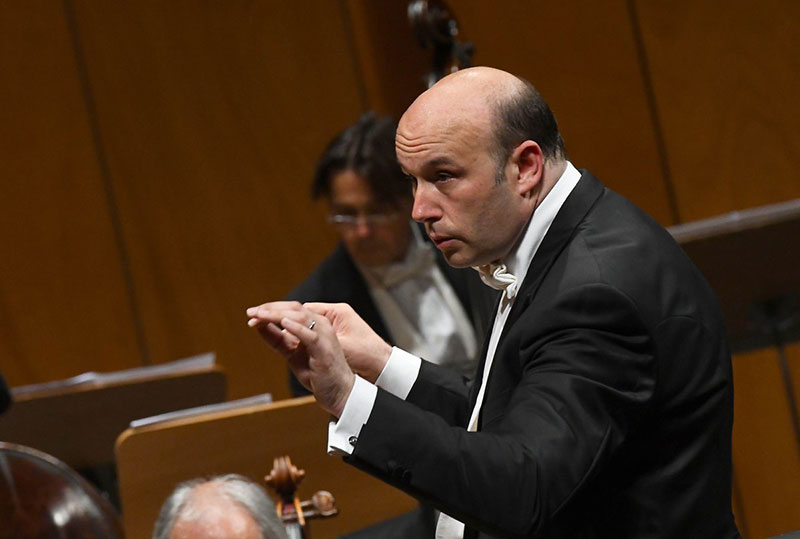 Frizza conducting at the Teatro La Fenice in Venice. Courtesy of Riccardo Frizza

“ I come here with my idea, my musical interpretation, and I feel that the orchestra and the chorus respond well to me so the affinity is good and having these elements in place is the best way to reach the highest level of performance. Also, there is a connection with the audience and how they are enjoying the music and, therefore, they are enjoying you!”

The San Francisco Bay Area Italian community is deeply connected to their Italian roots. When you visit us, do you get a sense of that connection?
“I am here to say that especially in this opera house the legacy with the Italian opera is strong and goes back in history. Gaetano Merola founded the opera in San Francisco in 1923 and was its first general director so the legacy with the Italian repertoire is very strong and you can feel that.

“I can also feel a connection especially this year because I am staying in an apartment in North Beach. It’s the first of the four visits that I am living in North Beach and I can feel the Italianità.  With so many Italian restaurants, I can see the community is very strong. I did a lecture at the Italian Cultural Institute on August 27 and the audience was full of Italians that came to listen to me talk about Donizetti. It was very interesting to introduce the audience to this somewhat lesser known composer and it was well received. I have also recognized that there are many successful Italians living and working here in the Bay Area.”

At your recent Italian Cultural Institute presentation, you shared your passion for the culinary arts. Tell us more about that.
“My work takes me all over the world, travelling for months, so I found going to a restaurant every day was not ideal for me. It was then that I began cooking and found that it is very close to conducting. It is similar because, in both cases, you create and each time the results are a bit different. This is similar to conducting because at times the orchestra is different or sometimes the singers are different, just like cooking. But each time, ultimately, you strive for the same result. You prepare, you gather all the ingredients and you create. They are both creative arts. When you cook and when you create music, it’s all in the details!”

The Maestro’s favorite dish to prepare is risotto and L’Italo Americano was pleased to receive much appreciated advice as to the best way to prepare this quintessential Italian dish.

You were born in Brescia, grew up in a nearby countryside village, and became interested in music at such an early age. What brought you from playing piano as a child to the top of your field now, as an adult?
“At the beginning, at age five or six, I was taking piano lessons and was enjoying being able to play something well. The ability to play for people who clearly enjoyed it gave me energy to keep going. During my teenage years, with the distractions that come at that age, my family was very important because they kept me focused, supporting me and keeping me going. By the time I attended the Giuseppe Verdi Conservatory in Milan, it became easier because it was as if we were “eating the same food” meaning we were all immersed in the same artistic environment.

When I was younger, I was actually a pianist and so a very important step was when I decided to become a conductor. Although piano had been my instrument, I then discovered the orchestra as my instrument. One of the first pieces of music played by an orchestra I listened to was Mozart’s Requiem. It was a cassette given to me in the 1980s. I became fascinated. I didn’t decide I wanted to be a conductor until I was 14, when I went to Vienna with my family for Easter vacation. We went to Stephansdom (St. Stephen’s Cathedral) where the orchestra was playing Mozart. The conductor left such an impression on me and it was right there that I decided I wanted to be a conductor, too.”

After serving as Music Director to the Symphonic Orchestra of Brescia from 1994 to 2000, it was in 2001 that Frizza launched his international career with breakthrough performances at two Italian festivals. Today, he is a leading exponent of Italian repertoire, collaborating with the who’s who of today’s most iconic singers at opera houses from Milan’s Teatro alla Scala to the Metropolitan Opera in New York and also in Paris, Houston and Chicago. The Maestro has also led many illustrious orchestras in Europe and Asia, such as the Maggio Musicale Fiorentino, Rome’s Accademia di Santa Cecilia, London’s Philharmonia Orchestra, the Bavarian State Opera Orchestra, ORF Radio Symphony of Vienna, Wiener Symphoniker, Staat-skapelle Dresden, Tokyo Symphony Orchestra and Tokyo Philharmonic.

When asked about his upcoming schedule and future plans, the Maestro shared, “Now my first goal is to do the complete Verdi catalog.” He adds that he looks forward to this year’s third edition of the Donizetti Opera, the international festival dedicated to the composer from Bergamo, which takes place from November 21 to December 2, 2018. “I have been named the Music Director and I can give my contribution in rediscovering his operas, a ‘Donizetti Renaissance.’ “