Let’s be honest, it’s not only kids who love chocolate eggs: we all do! Indeed, the egg has a very ancient symbolism: it always represented life, the fulcrum of universal elements, both in pagan and Christian traditions. 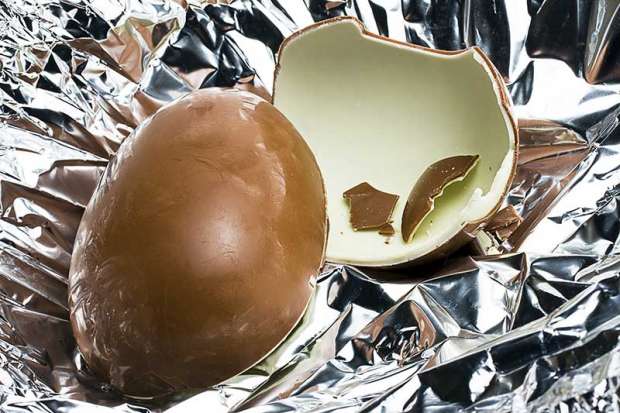 The chocolate egg, however, it’s a whole-Italian 18th century inventionit was born in Turin, the city where, in 1927, also the first machine to mass produce them was created. That year, Turin’s chocolate factories produced 50 tons of eggs. 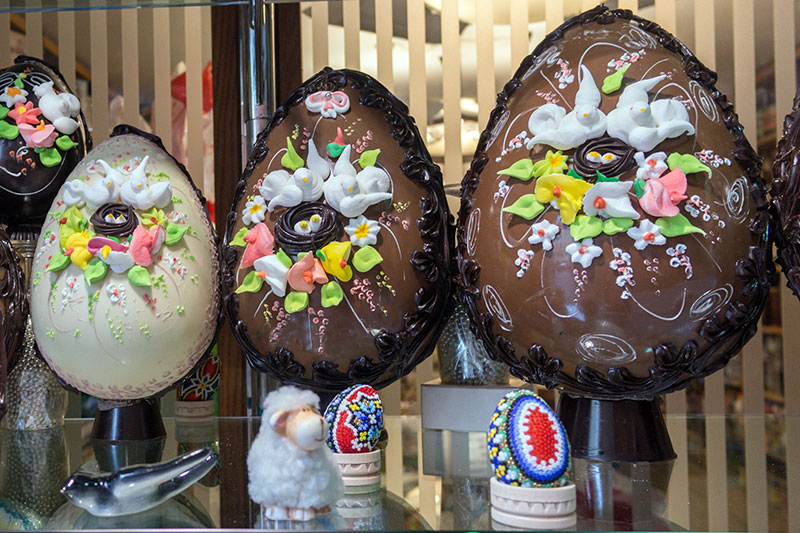 A selection of Italian chocolate Easter eggs on display

The tradition of the “surprise” comes, on the other hand, from famous goldsmith Fabergé who, towards the end of 1880, made for the Tzar a decorated platinum egg containing a gold chick, whose popularity travelled beyond all borders and began the habit to put a little gift inside the eggs themselves. 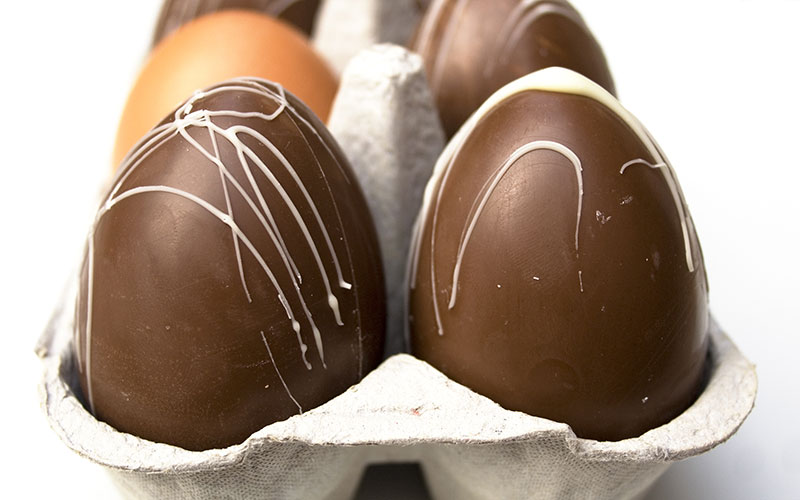 According to tradition, the egg represents the origins of life, rebirth, hope, and new beginnings

A little trivia: the largest Easter egg ever made comes from an Argentinian village. It measures 10 metres in height and weights 8500 kg. The most valuable even has its own name, “ The Golden Speckled Egg,” and it is entirely covered in gold leaf.