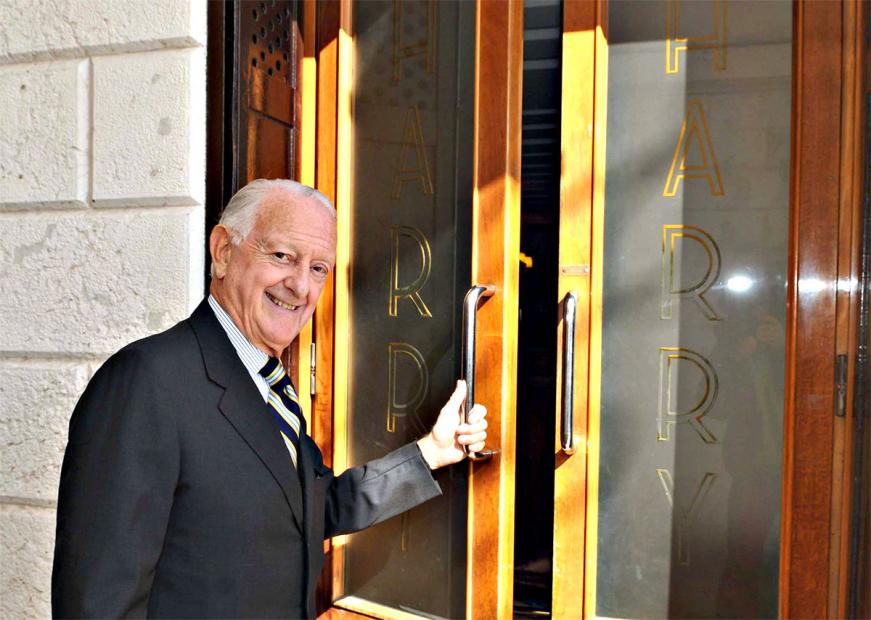 An American called Harry The Cipriani family has been serving drinks at Harry’s Bar on Venice’s iconic Grand Canal since 1931. Over the years it has attracted many society clientele. The Italian Ministry for Cultural Affairs even declared it a national landmark in 2001. But this little bar owes more to an American than many people know. So who was Harry?
Let’s go back to the late 1920s; a time when Venice was the playground of European aristocracy and society Venetians. The most popular places to meet were the bars of the city’s luxury hotels like those at the Bauer, the Monaco and the Europa looking out over the water of St Mark’s Basin. And it’s in the Europa bar that Harry Pickering, a young American student, first made an impression in 1927.
Harry was travelling with his aunt, her gentleman companion and a little Pekinese dog. He was in Venice on a health kick. In fact, his family hoped that Venice would help him kick his mounting alcoholic habits. But the student quickly took up residence in the bar often spending the entire day there, drinking away his health and the fortune of his wealthy Bostonian family.
The barman
The man serving his drinks was an ambitious twenty something called Giuseppe Cipriani. Born in Italy but raised in Germany, Cipriani had inherited a keen work ethic from his hardworking parents. He had already worked his way up through factory and kitchen jobs to become a hotel waiter. And had found jobs in both French and Belgian hotels before settling in Venice; first at the Hotel Monaco and then at the Europa. 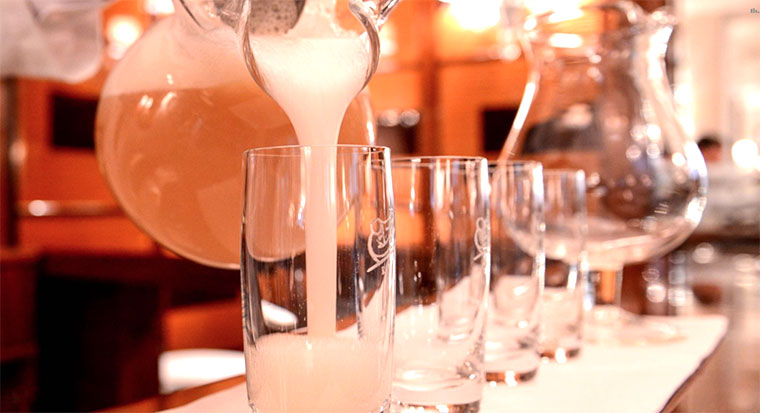 By all accounts he loved his job. And was good at it too, putting customers at ease with his agreeable nature and good language skills. He was a natural, which prompted his move from waiter to barman; a switch that would change his life.
Back in the Hotel Europa bar, things had taken a turn. Pickering’s family had realised that Venice wasn’t helping. He’d fallen out with his aunt who had left with her lover. And poor Harry was left virtually penniless, holding the Pekinese.
Giuseppe noticed immediately as Harry stopped drinking. Then one day the hard-up rake appeared at the bar asking for a loan of 10,000 Italian Lire to cover his hotel and bar bill and a boat ticket home.
At $500 in 1930’s money, or around $8000 US Dollars in today’s, it was a not inconsiderable sum. And Giuseppe had been bitten before, lending money that hadn’t been repaid. But something convinced him to help Harry. It ended up being a good decision, although, as the months ticked by without sight or sound of Harry’s return, Cipriani must have begun to wonder.
It would take a further 3 years before Harry Pickering finally reappeared in Venice in February 1931, cash in hand and ready to pay up. With interest.
In fact, the young man presented barman Giuseppe Cipriani not only with the 10,000 Lire owed but also another 30,000 Lire as thanks, adding, “Now you can open a bar of your own for high society. Let’s call it Harry’s Bar!”
Harry’s Bar opens
That was all the impetus Giuseppe needed. His wife found an old rope store near St Mark’s Square that Giuseppe thought would be perfect as a little bar, despite it being on a dead-end alleyway. And Harry’s Bar opened on 13th May 1931. Only those in the know knew how to find it, which was just what Cipriani wanted.
The bar went on to become the place-to-be for artists, writers and both Venetian and international society, just as Harry predicted. It was briefly taken over by British and American troops as an unofficial officers mess after the liberation of Venice in April 1945. But normal business quickly resumed after the war, with a focus on cocktails not beer to encourage a better clientele after the boozy squaddies. 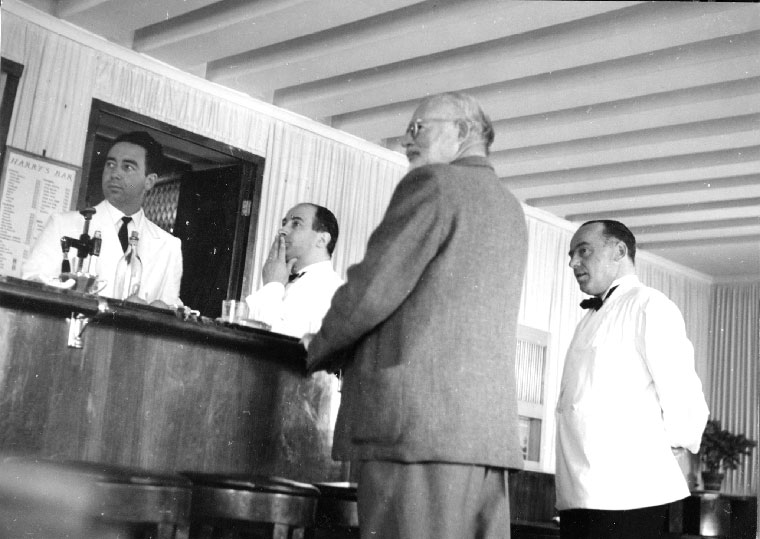 Ernest Hemingway even had his own table at Harry’s Bar and he described it as a microcosm of Venetian life. Photo credit: Cipriani’s Photos

Ernest Hemingway would later describe it as a microcosm of Venetian life. He even had his own table where he regularly quaffed 2 bottles of Champagne whilst finishing “Over the River and Into the Trees” during the bitter winter of 1949. Charlie Chaplin and Humphrey Bogart also popped in too. As did playwright Noel Coward, socialite Barbara Hutton, heiress Peggy Guggenheim and actor/director Orson Wells. It was definitely the place for the letterati.
And today the name Harry’s Bar is shorthand for high quality cocktails and skilled customer service fit for a king. Which is just as well as they’ve served a few down the years. The tiny original has spawned many other bars, restaurants and even hotels around the world. And it’s still the haunt of Venetians and visitors, especially as today’s guidebooks make it much easier to find. So whether you order Hemingway’s favourite fizz, a trademark Bellini cocktail or a Montgomery dry Martini at the bar, make sure to give a nod to Bostonian Harry Pickering, without whom Harry’s Bar might never have existed. Grazie Harry and Cin Cin!
Receive more stories like this in your inbox 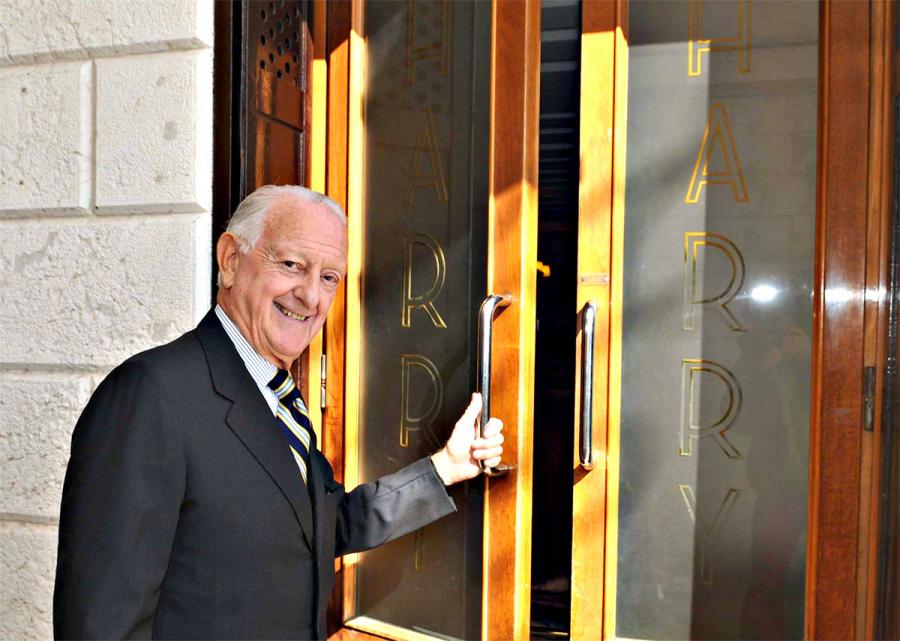 La vita italiana
An American walks into a bar…and creates a ...
Sponsored