Notoriously, Martin Scorsese grew up between the 40s and 50s in New York City’s “Little Italy,” where the only two options for a boy were to enter a gang or to become a priest.

As a child, he suffered from asthma and that helped him keep off the streets. Raised a fervent catholic, he didn’t become a churchman either, but rather one of the most celebrated filmmakers in the history of cinema.

Barbara De Fina, born across the Hudson River in New Jersey, shares with Martin some Sicilian blood on her father’s side. However, since her mom’s side hailed from Hungary, Barbara’s cultural and food education was a “pastiche,” until she married Scorsese in 1985.

No doubt, we can tribute to her husband and her mother-in-law, Catherine, Barbara’s acquired expertise in one of Italy’s top sources of pride, its cooking.

On the contrary, we cannot ascribe De Fina’s “imprinting” in the cinematic art to Scorsese, but rather to Sidney Lumet and, to some degree, Woody Allen.

Nonetheless, Barbara De Fina, who divorced Martin in 1991, has been involved in the production of a large number of Scorsese’s masterpieces, sharing the same storytelling philosophy. 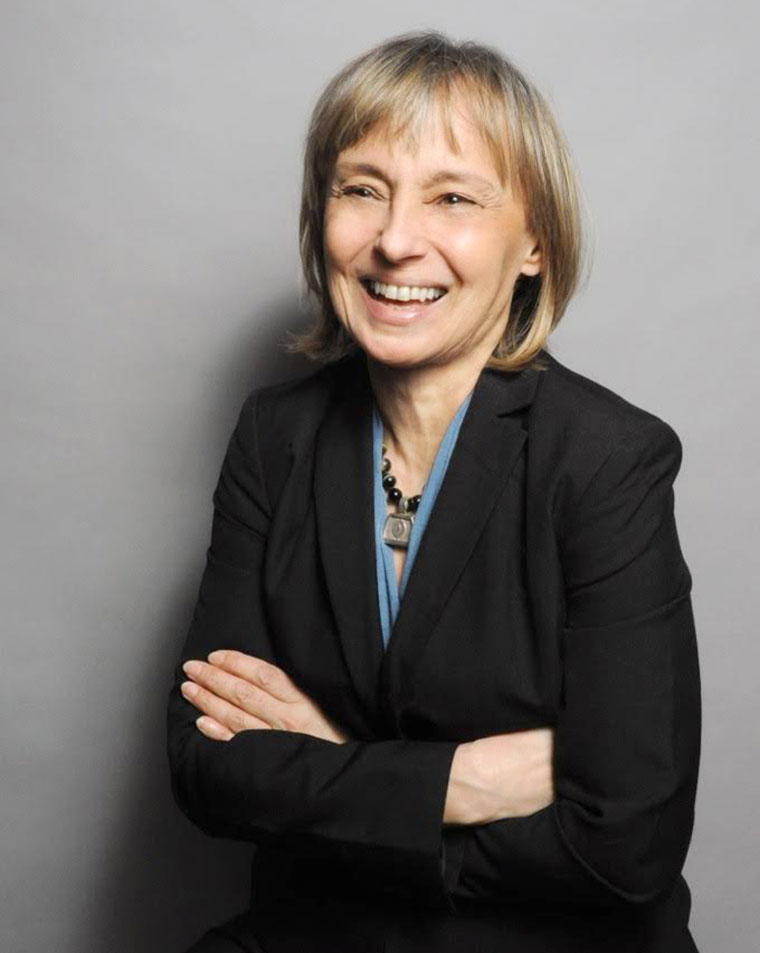 How was your upbringing in an Italian-American household?

My grandfather hailed from the island of Salina in Sicily, while my grandmother was from Hungary. They lived in New Jersey just across the river from New York City, in an immigrant community where all the different nationalities mixed, unlike the Big Apple where each of them had their own neighborhood.

To add to the confusion, my mother was a war bride from London. My father has eight siblings – seven boys and one girl. Therefore, I come from a large and lively family.

I remember one Christmas party at the town hall, where we had all sorts of food from everyone’s country and danced the polka.

Needless to say, I was very confused about food until I was an early teen. It wasn’t until I married Martin that I learned about Italian food. His mother, Katie, taught me how to cook.

Did your Italian roots play any part in the choice of your career path? Was there a specific moment of realization in your life, in which you decided you would have pursued a career in the movie business?

My father, in particular, always encouraged me to follow my interest in drawing and painting. I was always engaged in sewing my own creations. As I got older, I thought I would do something in the theater, especially costumes or design.

As it would happen, when I was ready to start my career, there was no vacant job in the stage. The closest I could get was working in the office of a company that produced television commercials.

During my first or second week, there was some sort of emergency. They needed help in the studio where they were shooting a commercial for “Palmolive Dish Detergent – Madge the Manicurist.” They sent me over to help and I was totally hooked.

In 1978, you collaborated as Production Office Coordinator for Woody Allen’s Interiors. Were you excited to work with such a master? In what did your job consist?

I was very excited to work on Interiors. I had heard a lot about Woody Allen from crew members, but never had a chance to see him work. This was during his “Bergman period.”

By this time, I had advanced to running the production office with the production manager. We spent most of the movie on location on Long Island, NY. Unfortunately, it was during the winter and rather gray which, of course, was exactly what he wanted. He was quite introspective and quiet.

The most fascinating aspect was watching him work with his Director of Photography, Gordon Willis. I had worked with Gordon a few times before. He was brilliant with light but also very exacting. And the movie among other things, was about light. It had to be perfect.

It was after this movie, that I realized I wanted to get out of the office and work as production manager which involved more decision making and authority.

In 1981, you worked as Unit Manager in Prince of the City with another master, Sydney Lumet. Was there something in his way of working that impressed you?

Most of all, Sidney Lumet was very gracious and encouraging. As I was now working more on the set, I was able to watch him prepare and shoot the movie. Saying he was a master is an understatement. He would plan everything during the prep period. When he got to the set to shoot, he knew where he was putting the camera and what lens he was going to use. He had also blocked out the scene in rehearsal with the actors. He worked very quickly and hated overtime. The only aspect he left to chance was something wonderful and surprising from the actors. Prince of the City was another great learning experience.

In 1982, with The King of Comedy, you first collaborated as Unit Manager with Martin Scorsese. From then on, you have been working with him in several capacities in a large number of films – both features, shorts and music videos – up to the latest, Silence. What does inspire him and you to tell a story over another? Is “controversy” an essential element into the equation?

I did work on The King of Comedy as Unit Manager for some added photography, but was asked to stay on, as post production supervisor. Since Marty had been in post for a long time, they asked if I could help get the movie delivered.

I don’t think controversy is essential. In fact, The Last Temptation of Christ was so controversial that everyone knew about the controversy but didn’t see the movie. We made the movie to be seen and then discussed, not the other way around.

As far as the other choices, I think each project is different. You would have to look at each one in the context of when it was done and what was going on at the time. I think the one thing they all have in common is a good story and interesting, complex characters.

What could you tell us about working at Scorsese’s latest film and long-time passion project, Silence? Are you and Martin satisfied with the end result and the general reception?

I worked on Silence from 1989 through 2003. I didn’t actually get to complete the movie. It is unfortunate that such a beautiful movie wasn’t received well. Perhaps, it will be rediscovered in later years.

What projects are you working on right now?

I am finally hoping to get into production a movie I have had for several years, entitled Mississippi Mud. It is a true crime story, that takes place in the “Deep South,” about a woman’s search for the killers of her parents.

I am also very excited to have a project about the rock band Tommy James and the Shondells’ years at “Roulette Records,” which was run by the Mob. It is entitled, Me the Mob and the Music, and is a great story with wonderful music.